Transylvania audience looks “Through Their Eyes” 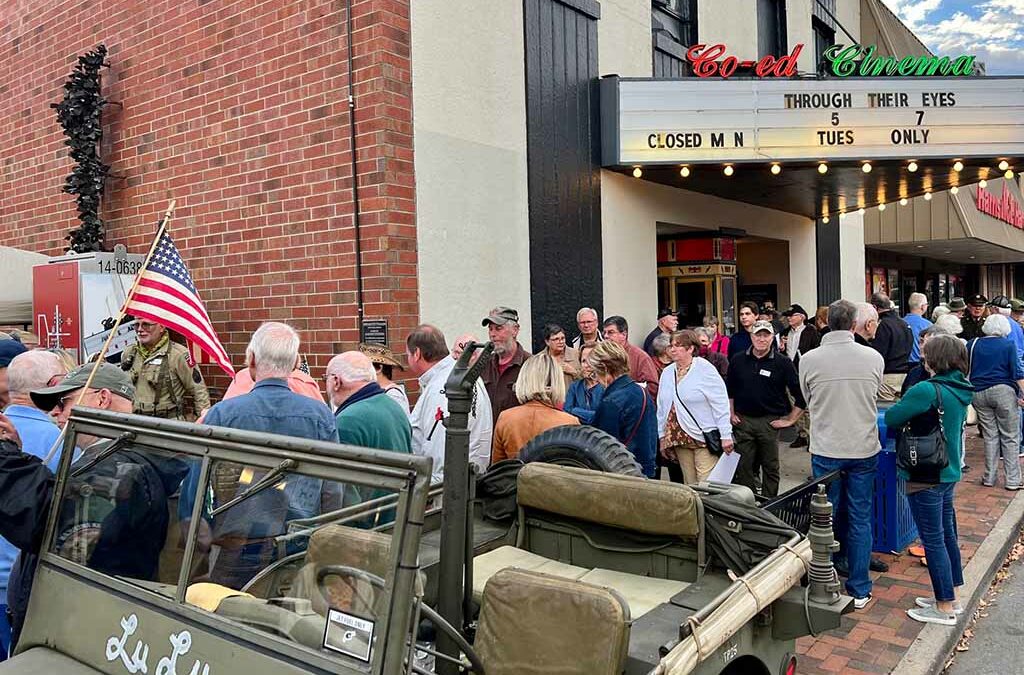 One of the WWII veterans who attended the October 25 premiere of “Through Their Eyes” said afterward, “Every American should see this movie.”

It was standing room only at the Co-Ed Cinema as Transylvania residents honored our county’s veterans at the 5:00 PM showing of “Through Their Eyes: The History of America at War from 1917 Through the Global War on Terror” on October 25. In three showings, the Veterans History Museum of the Carolinas hosted its new series of videos which tell the stories of these conflicts “through the eyes” of those who served.

Many of the 110 students from Rosman Middle School and Brevard Middle School students cheered at the end of their 1:00 PM showing. Eighty-two of these students had toured the museum earlier that day. Another audience attended the 7:00 PM showing after greeting WWII and Korean War veterans in Clemson Plaza between the two movie showings—altogether, an estimated 500 people during “premiere” day. Many of the visitors came from neighboring counties, and as far away as Chicago, to honor veterans by learning their stories and about the conflicts in which they served.

Multiple Treats and Ways to Learn and Honor Veterans

In addition to watching “Through Their Eyes,” guests listened to live music of the eras of each of the wars since WWI and enjoyed cookies and hot cider. Many visitors stopped by the WWII Willys Jeep and a display of WWII artifacts, hosted by WWII re-enactors Tom Bugala, Ken Corn, and Alex Eberhardt, dressed in WWII fatigues. Four additional re-enactors from the Sons of the American Revolution, dressed in Revolutionary War uniforms, brought history and color to the event.

Community Support and the Creative Team

The Brevard Fire Department raised a large American flag on the edge of Clemson Plaza as their contribution to honoring our country and our service members. Mayor Maureen Copelof, a U.S. Navy veteran, spent time listening to stories of the nine WWII and Korean War veterans.

How These Videos Were Created

Each gallery’s videos related the “big picture” of how the conflict began and ended, personalized with the “small picture” stories and pictures of local veterans and museum artifacts. Faces of familiar service members brought the realities of war home in an unforgettable and touching way, as audience members recognized people they knew on the “big” screen. Many museum volunteers and students from Brevard College’s history department worked to set up, host, and clean up for the festivities in Clemson Plaza. 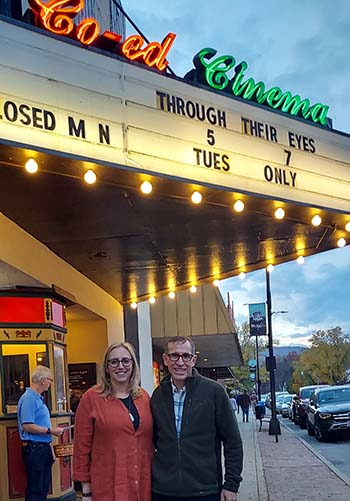 Attendees were invited to write their comments on a “talkback sheet” after seeing the videos. Here are a few:

“Gripping visual reminder of what freedom’s price is.”
“Really great! Glad this has been presented here in Brevard.”
“Astounding movie documenting our veterans service!”
“Blew me away. I’ll be thinking about this history all week.”
“I cried. Well done.” Always a pleasure to be a part of this GREAT and PATRIOTIC Community.”

New Feature in the Museum

These new videos will now be shown individually in each of the six galleries of the museum as educational opportunities and, foremost, to honor our veterans by telling their stories. School groups and other groups are welcome. To arrange a tour, please call 828-884-2141.