How it all started

The Museum started with the personal collection of our Curator, Emmett Casciato who made many showings when he lived and worked in Florida. However, after his retirement and relocation, it was a showing of his collection on Memorial Day, 2016 which led to the beginnings in Brevard, NC. At that exhibit he met Ken Corn (now Media Manager) and Tom Bugala (now Assistant Curator). On July 1, 2016 Emmett gave a lecture to the local American Legion on the 100th anniversary of the WWI Battle of the Somme. Connections made at that lecture led to a three week display of his artifacts at the historic Aethelwold Hotel in Brevard which ended 11 November, WWI’s Armistice Day. Beginning in March and ending Memorial Day 2017, his collection then was on display at the Transylvania Heritage Museum in Brevard as their spring exhibit. Growing recognition by local veterans led to the Museum having a temporary home next to the historic Transylvania County Courthouse in the Annex Building. This temporary location, at the graces of the County Commissioners, is the Museum’s current home.

Military history has been a favorite topic in my life for as long as I can remember! My father served admirably in the Navy during World War II on a LCI (Landing Craft Infantry). His ship, US 675, was part of the invasion at southern France: August 15, 1944 (Operation Dragoon.) My daughter graduated in 2006 from the United States Military Academy (West Point.) She proudly served in Afghanistan with the 101st Airborne. I began collecting military artifacts and memorabilia about twelve years ago. I found it so gratifying to add to my collection, and dreamed of one day sharing my treasures, creating a museum for so many to enjoy and appreciate! Dreams can and do come true if one pursues noble goals! Our Veterans deserve so much respect for their bravery and patriotism! I plan to merge my love of country and my years of teaching experience to deliver a series of military lectures on various topics both at the museum and at schools in western North Carolina which show interest in our country’s great military history. 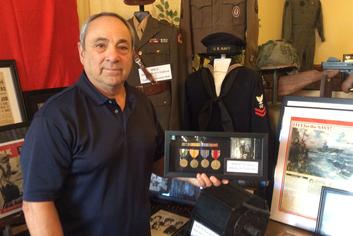 I have been interested in Military history since I was a young boy as my Dad was a history teacher and also a military collector.  I was in the Air Force for 11 years, from 1980 to 1991 working on F-16s as an Avionics Technician.   I have been in Aviation for 37 years now working as an Aircraft Maintenance Technician.

I set up the WWII Pacific Theater room with a tribute to my Uncle Tony. He was a USMC Raider serving with Colonel Mike Edson in the 1st Raider Battalion in the Solomon Islands early in the War. He survived 5 battles but was Killed in Action on Sept. 14th, 1942 during the battle for ” Edson’s Ridge”.  My Family saved everything of his following the War and I am the Custodian of it all. I still have the Western Union Telegram that my Grandmother received from the USMC notifying the family of his death. His remains weren’t returned to the US until 1948. 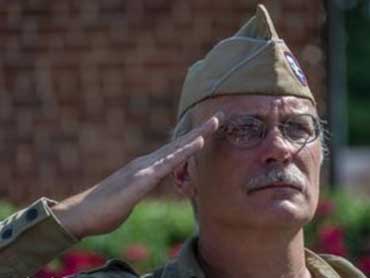 I served as an embedded photojournalist in Iraq in 2003.  I landed in Kuwait three days before Operation Iraqi Freedom began, traveled over the border into Iraq with the 37th Engineering Battalion from Fort Bragg, and convoyed nine hundred miles up the Tigris River to Mosul, Iraq.  The trip lasted two months and I got to know the soldiers protecting me and fighting for our freedom very well.  I have always looked for ways to give back to our veterans since I had a glimpse of military life.  Making sure that our veterans are remembered through my photography is just one way I honor those who fought and died for my freedom. 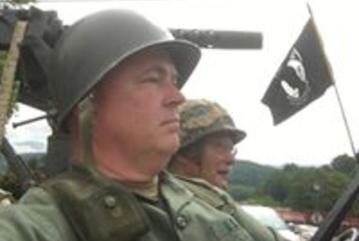 Members of the Board of Directors: