The “Liberator” 1942 Harley-Davidson: the Ride of Soldiers Liberating Occupied Europe 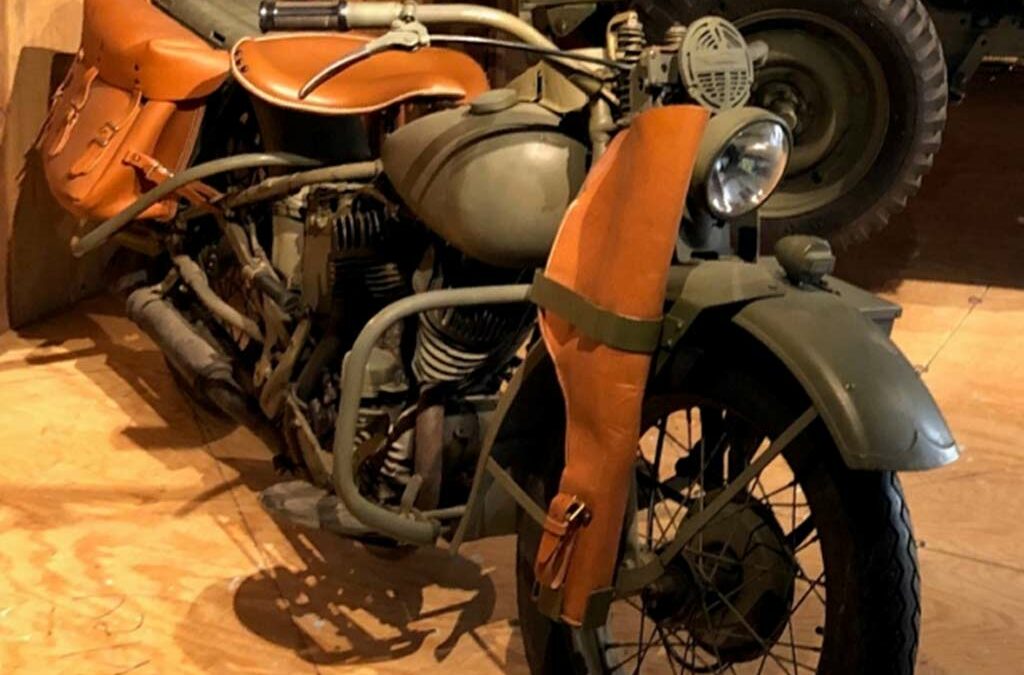 The “Liberator” was the motorcycle ridden by soldiers liberating occupied Europe. A unique treasure of history, this one, named “Trixie,” is on display for the 2022 re-opening of the Veterans History Museum of the Carolinas. Do you know why its gear shift was called the “suicide shift?” It was on the gas tank. The rider had to let go of one of the handlebars to shift gears!
Immerse yourself in this exhibit: In 1942, an Army MP pulls up to a WWII-Europe APO (American Post Office) to check his mail. His ride is a 1942 Harley-Davidson WLA (45). It’s parked alongside a 1943 Willys Jeep, where soldiers celebrate the captured swastika flag and German weapons they’ve relegated to the ground, battleground victories.

Over 90,000 Harley-Davidson WLAs were produced

Some unique details from Wikipedia: “Over 90,000 Harley-Davidson WLAs were produced to US Army specifications in the years during and around World War II. It was based on an existing civilian model, the WL, and is of the 45 solo type, so called due to its 45-cubic-inch (740 cm3) engine displacement and single-rider design. It acquired the nickname “Liberator.”

More than 30,000 WLAs were shipped to Allies under the lend-lease program. Production stopped after the war but re-started for the Korean War during 1949–1952. 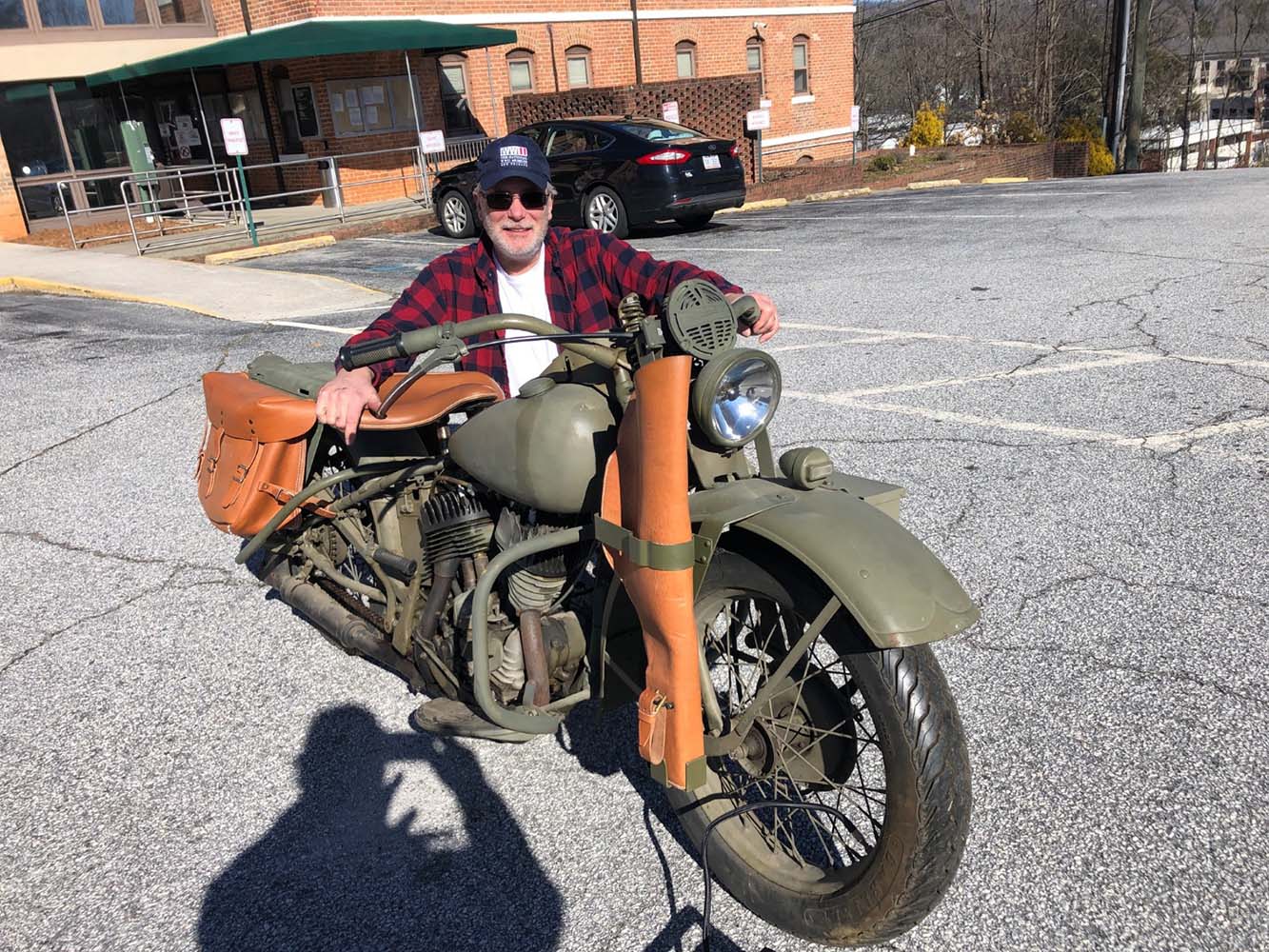 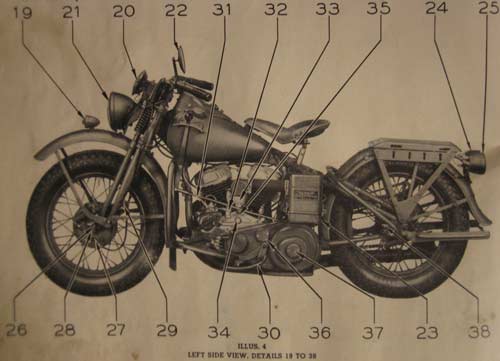 These models were similar to Harleys produced for civilian use, with some important differences for wartime:

“The US Army would use motorcycles for police and escort work, courier duties, and some scouting, as well as limited use to transport radio and radio suppression equipment. Allied motorcycles were almost never used as combat vehicles or for troop mobility, and so were rarely equipped with sidecars as was common on the German side.”
This perfectly-preserved gem has been brought to the museum by curator Tom Bugala. His Utah friend, Loys Hamilton, learned about it through his motorcycle club and trailered it to Western North Carolina for Bugala . . . and for the museum.

The museum’s Board of Directors thanks the Lake Toxaway Foundation for their generous donation, making this exhibit possible.

Plan your visit now to enjoy this exciting new exhibit which debuts March 2 from 11:00 am to 3:00 pm.

Admission to the museum is free of charge.

Thank you, Lake Toxaway Charities, for making this exhibit possible.