The Battle of Bunker Hill: Prelude to Independence 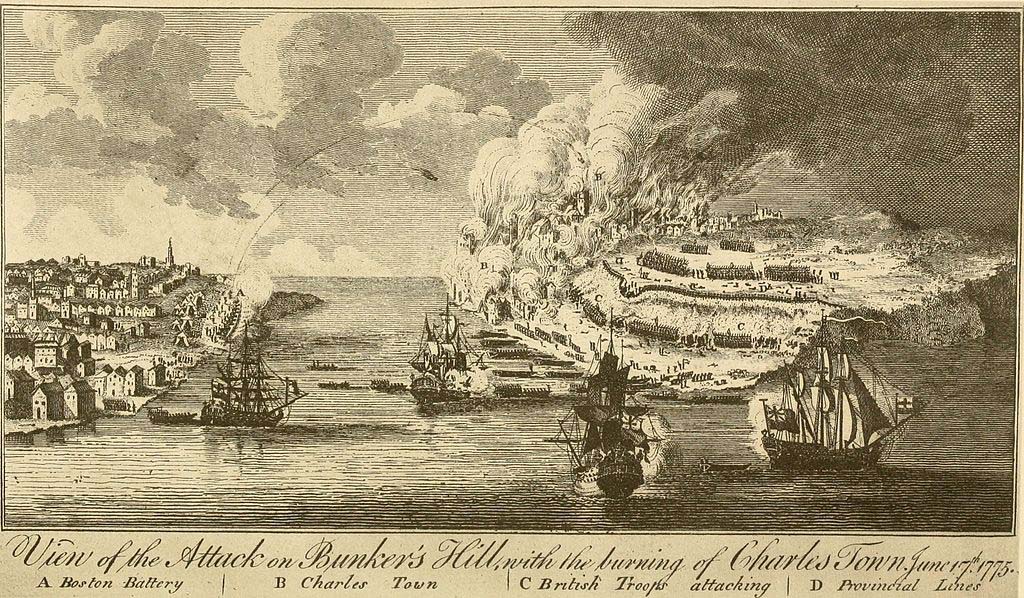 Presentation The Battle of Bunker Hill: Prelude to Independence

On Thursday, July 28 at 2:00 p.m., Jeff Brewer, a member of the Sons of the American Revolution, will present the free program “The Battle of Bunker Hill: Prelude to Independence.” The presentation will be held at the Rogow Room of the Transylvania County Library, 212 South Gaston Street in Brevard. Brewer derives from Tunkhannock, Pennsylvania and is a direct descendant of key participants in the Battle of Bunker Hill.

That battle, fought in Charlestown, Massachusetts on June 17, 1775, was, for the American colonies, the point-of-no-return in events that would culminate in the Revolutionary War. Brewer’s program on July 28 will review background factors leading up to the battle, explain the flow of the battlefield action, and highlight the involvement of his ancestors.

Twelve years before the clash on Bunker Hill, the French and Indian War in North America had ended, leaving Britain militarily victorious but financially depleted. Parliament’s solution for replenishing its treasury was to begin unilaterally levying a series of taxes on the American colonies. The colonists deeply resented such arbitrary “taxation without representation.” 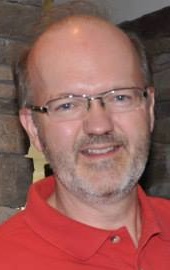 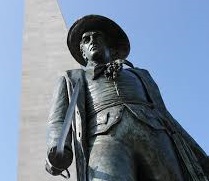 The British Held Beseiged in Boston

Tensions mounted between the colonists and England and finally erupted in bloodshed in Lexington and Concord, Massachusetts in April 1775. Two months later, British regular troops attempted to dislodge the colonists’ Provincial militia from the heights of Charlestown, northeast of Boston. The resulting Battle of Bunker Hill forced the Provincial militia to retreat, but only after they had inflicted twice as many casualties on the British as they had received. From that point forward, the British were held besieged in Boston.

The courageous performance of the Provincial militia provided a huge confidence boost to Patriots throughout the colonies, who had been anxiously monitoring the events in Massachusetts. The success of the Patriots at Bunker Hill was critical to keeping the rebellion alive during the rest of 1775 and enabling the Declaration of Independence by the Continental Congress in July 1776.

About the Speaker and His Ancestors

Jeff Brewer is a direct descendant of Colonel Jonathan Brewer (1725-1784), who led a Massachusetts regiment of 165 soldiers at Bunker Hill and was wounded in the battle. Colonel Brewer’s brother-in-law, William Buckminster, served as his Lieutenant Colonel. His “waiter,” or valet, was his nine-year-old son, Francis Brewer (the speaker’s 4X great-grandfather).

Brewer is a resident of Brevard who spent 30 years in the sports media industry as a publicist, news editor/manager, writer, and radio broadcaster. During his final seven years of work, he taught sports and business administration courses at colleges in Ohio and North Carolina. His mother, Jean Christian Brewer, is a genealogist whose tireless work stimulated her son’s interest in his own heritage and that of our country. In September 2021, Brewer and his family traveled to Charlestown, Massachusetts to experience that scene of great personal and national significance.

This program is offered by the Veterans History Museum of the Carolinas as part of our history series of guest speakers. We invite you to join us for this free program, which will also be livestreamed on Facebook beginning at 2:10 PM EDT on July 28. The recorded program will also be available later on the museum’s website.