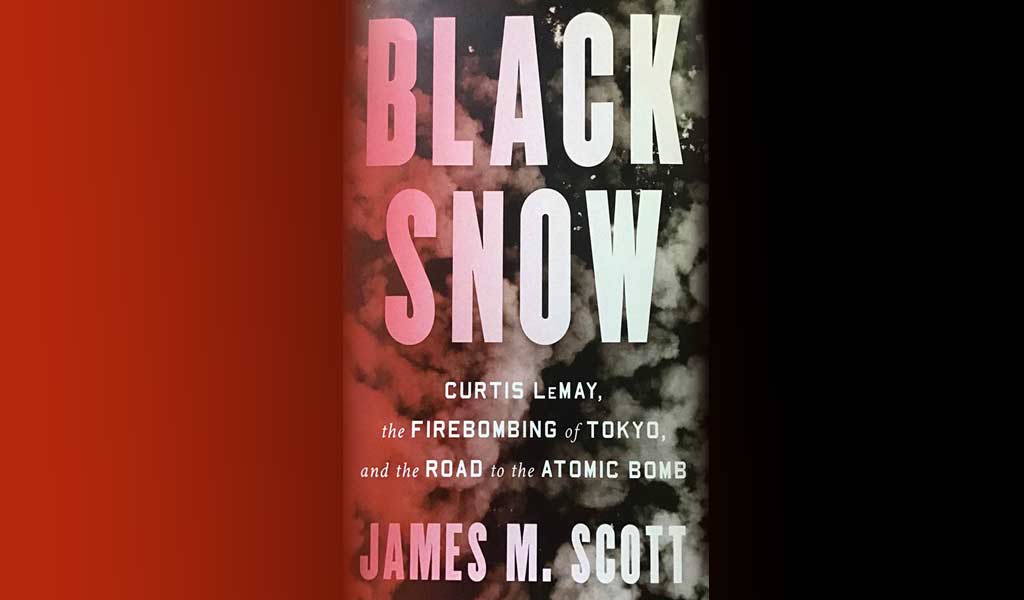 James M. Scott, the author of the recently released Black Snow: Curtis LeMay, the Firebombing of Tokyo, and the Road to the Atomic Bomb, will speak on Nov. 2 at the Transylvania County Library, 212 South Gaston St., Brevard. Scott’s talk will be at 2 p.m. in the library’s Rogow Room, is free to attend, and will include a question-and-answer period.

Drawing on first-person interviews with American pilots and bombardiers and Japanese survivors, as well air force archives and oral histories, Scott has produced a gripping narrative account of the devastating firebombing campaign. A Pulitzer Prize finalist for his previous book, Target Tokyo: Jimmy Doolittle and the Raid that Avenged Pearl Harbor, Scott spoke previously in Brevard in the spring as part of the Veterans Museum’s well attended speaker series.

Scott has emerged as a premier historian of World War II in the Pacific theater. In his new book, he described the development of the long-range Boeing B-29 Superfortress bomber, the capture of the Marianas Islands for use as airfields and the momentous change in strategy from high-altitude “precision” bombing to low-altitude nighttime incendiary bombing.

Nigel Hamilton, author of the FDR at War trilogy, said of Black Snow, “Scott’s prodigious research…as well as his mastery pf the telling detail, will make this a classic history of war: a tale of fantastic military hubris and its ultimate catastrophic cost to a people who had literally sown the whirlwind.”

Black Snow is available for purchase now at Highland Books, 36 West Main Street in Brevard. You may purchase your book before November 2 and bring it to the program for James Scott’s signature.

Scott is a native and current resident of South Carolina. He is a graduate of Wofford College and was a Nieman Fellow at Harvard. His other previous books include Rampage, The War Below and Attack on the Liberty.

Following Scott’s Nov. 2 talk, copies of his book will be available for purchase and personalized signing by the author at the Veterans Museum, 21 East Main St, Brevard. His presentation will be livestreamed on Facebook starting at 2:10 p.m. that day and will later be posted on YouTube.