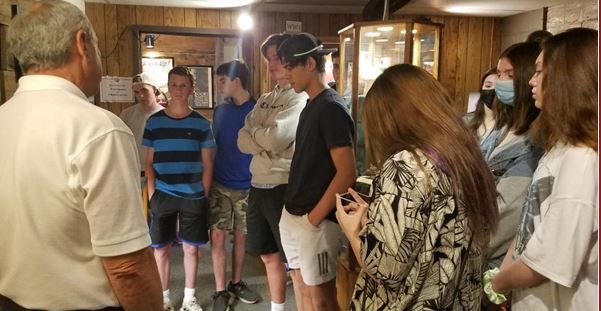 High school students Landon Stepp and Andrew Renegar were excited to find the September 20, 1943 issue of Life Magazine during their April 12 field trip to the Veterans History Museum of the Carolinas. These two sophomores are creating a 10-minute documentary for the national competition: “Communication in History: The Key to Understanding” for National History Day 2021. The mission of National History Day is “Engaging Students and Teachers in Historical Research & Skills Development.” www.nhd.org

Stepp and Renegar had been researching the Life Magazine article and picture: “Three Dead Americans: How a Photograph Won WWII By Communicating the Casualties of War and Deepening Understanding of Home Front Morale.” The picture was taken by Life Magazine photojournalist George Strock. Approval to print this picture had to go all the way to President Franklin D. Roosevelt. 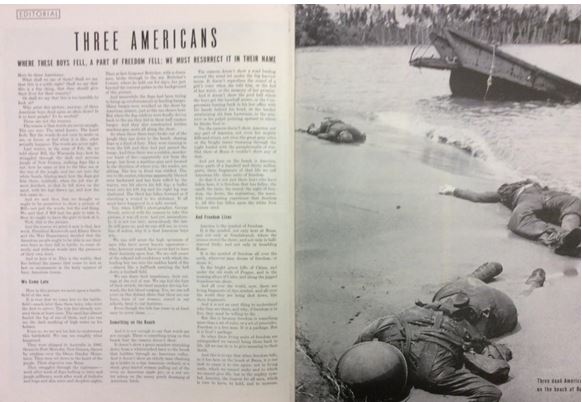 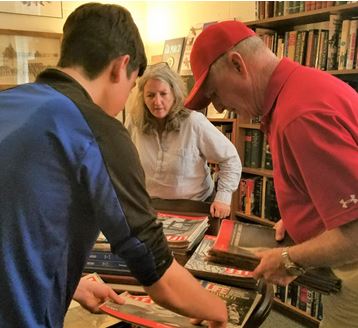 The Life Magazine article (shown above) told the story of the Battle of Buna Beach (New Guinea) and was the first time pictures of war dead were shown to Americans. Before then, censors had used a heavy hand to prevent photos like this one from being shown.

Students Stepp and Renegar had earlier seen a depiction of this article on the internet, never imagining they would ever get to see and hold the actual 78-year-old issue of Magazine. But with help from their teacher/headmaster Lisa Dillon, museum board member Larry Chapman, and curator Emmett Casciato, the students found the September 20, 1943 issue, which has famously been given credit for changing Americans’ opinions about the war. The photo above shows them searching through hundreds of magazines. (The museum’s library has a collection of 416 Life Magazines from 1939 through 1946.)

With 23 other freshmen and sophomores from Great Expectations Home School of Henderson and Buncombe Counties, they explored the museum’s artifacts of World War I, World War II, the Korean War, the Vietnam War, and the Global War on Terror as a learning experience for their American History Studies. 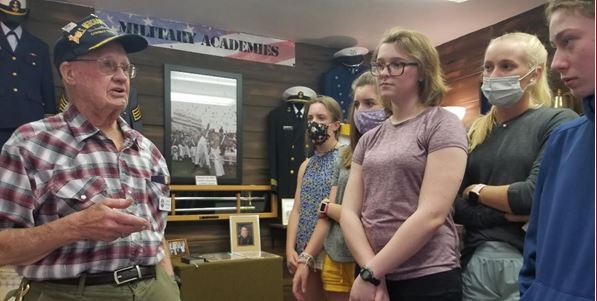 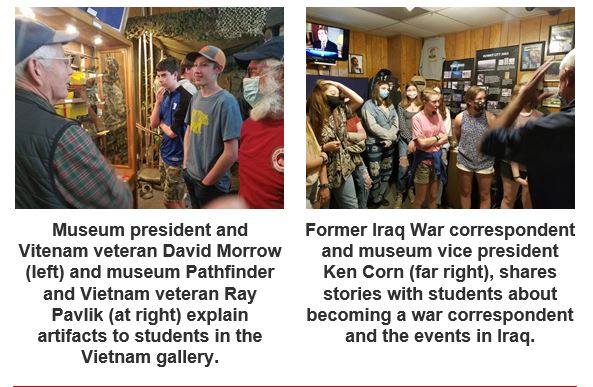 School Headmaster Lisa Dillon said, “We’re here to enable these students to learn by primary source analysis and critical thinking.” To be able to learn from the people and their mementos who lived the history of America is a reason Dillon said she searched out this museum for her students.

School Tours
The Veterans History Museum of the Carolinas welcomes student groups of all ages. Customized tours are available by contacting museum founder and curator Emmett Casciato at emmettcasciato@gmail.com or by calling the museum at 828-884-2141.

Please forward this email to any teachers you know who may be interested in bringing their students for a museum tour and “first source” history lesson.

Welcome
Admission to the museum is free. The museum is open Thursday – Saturday from 11:00 am to 3:00 pm, and is located at 21 East Main Street (beside the court house) in Brevard. For more information and living histories of veterans, please visit www.theveteransmuseum.org. 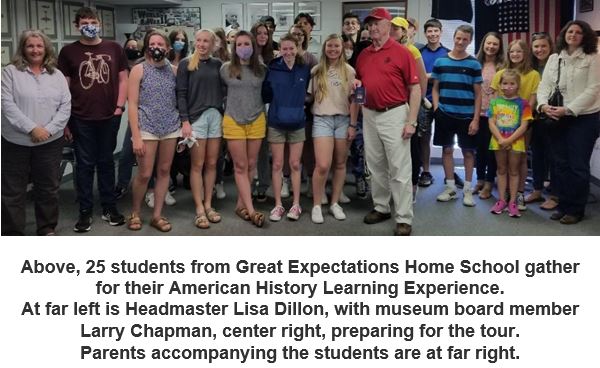 Thank you so very much for coming in to give us a wonderful, private tour. I am so thrilled that I joined my son and his class to witness what a gem you have. Having a chance to talk with one on one veterans was definitely the highlight for the both of us. Being able to go through each room, ask questions and have the opportunities to hold special items gave us a unique experience of knowledge. We have spread the word and posted on social media. We will definitely be back soon for another visit where we have more time. Thank you for your time. A bigger thank you for your service! 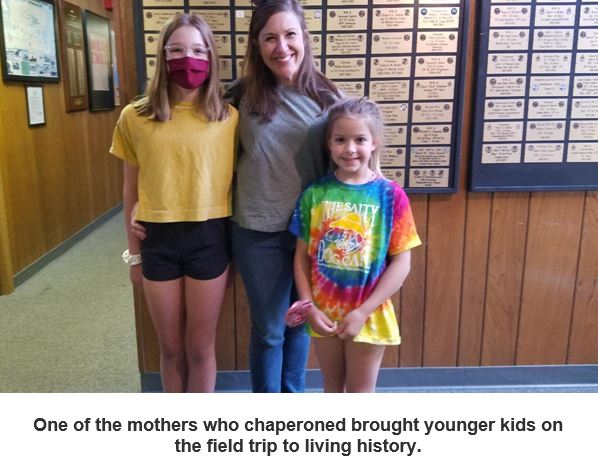