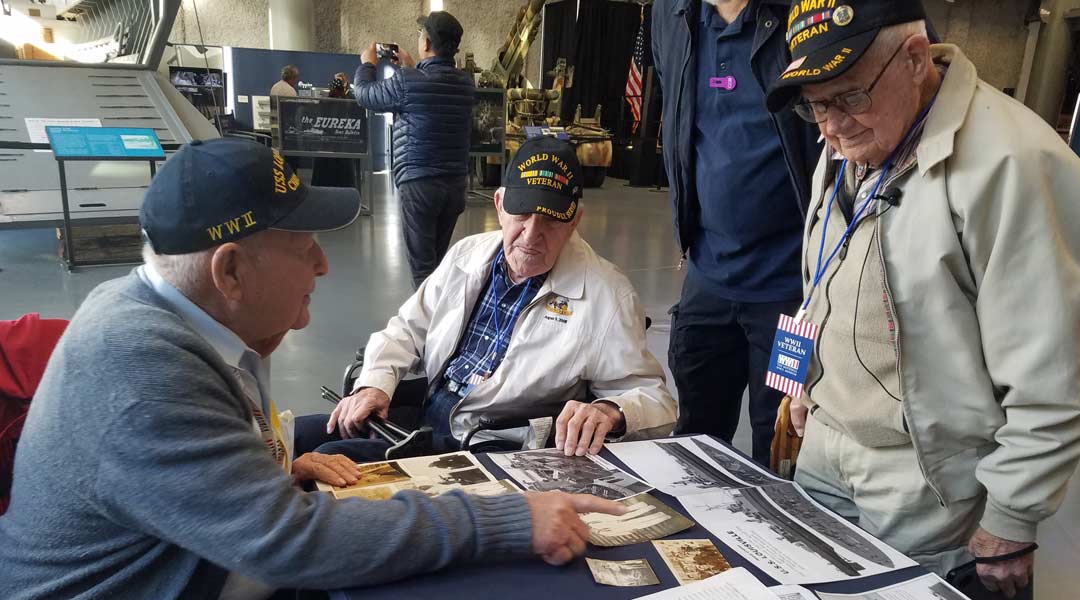 Wellington served in the Merchant Marine, U.S. Army, and U.S. Navy, serving in North Africa, Europe, and the Middle East.

Sarros (right), a U.S. Navy Motor Machinist, served on an LST during the D-Day invasion, and through the war’s end.

In the New Orleans museum, they were greeted as heroes by museum staff and other visitors alike. In this museum which honors WWII’s against-all-odds victories in Europe and the Pacific, Wellington and Sarros saw Higgins boats designed in New Orleans for amphibious landings and a C-47 which dropped paratroops on D-Day. They listened to video histories told by other WWII veterans, watched a 3-D movie hosted by Tom Hanks, and saw vehicles, weapons, aircraft, and maps depicting “The Road to Berlin”.

Countless strangers in the museum who noticed Sarros’ and Wellington’s WWII caps came over to shake their hands, thank them for their service, and ask them to pose for pictures.

This trip was provided by Gary Sinise’s Soaring Valor Foundation and American Airlines. During lunch, two members of Sinise’s “Lt. Dan Band” came by to meet Sarros and Wellington and thank them.

Volunteers from Brevard’s Veterans History Museum of the Carolinas accompanied Sarros and Wellington to New Orleans, as guardians and groupies.

The Veterans History Museum of the Carolinas will re-open Feb. 5 at 10:00 am. Admission is free. 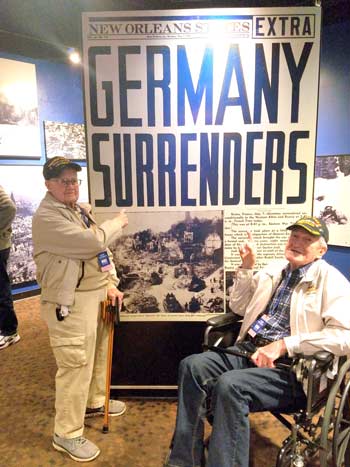 Harold Wellington (above, left) and George Sarros (above right) 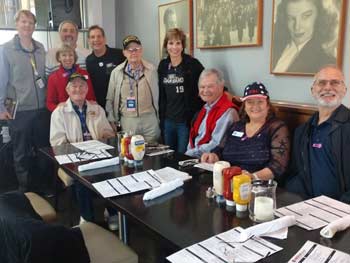 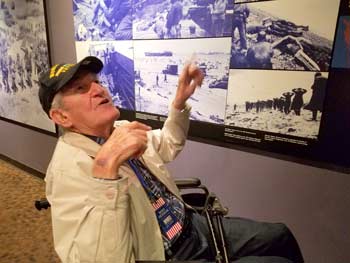