We took care of American POWs coming back from the Pacific. 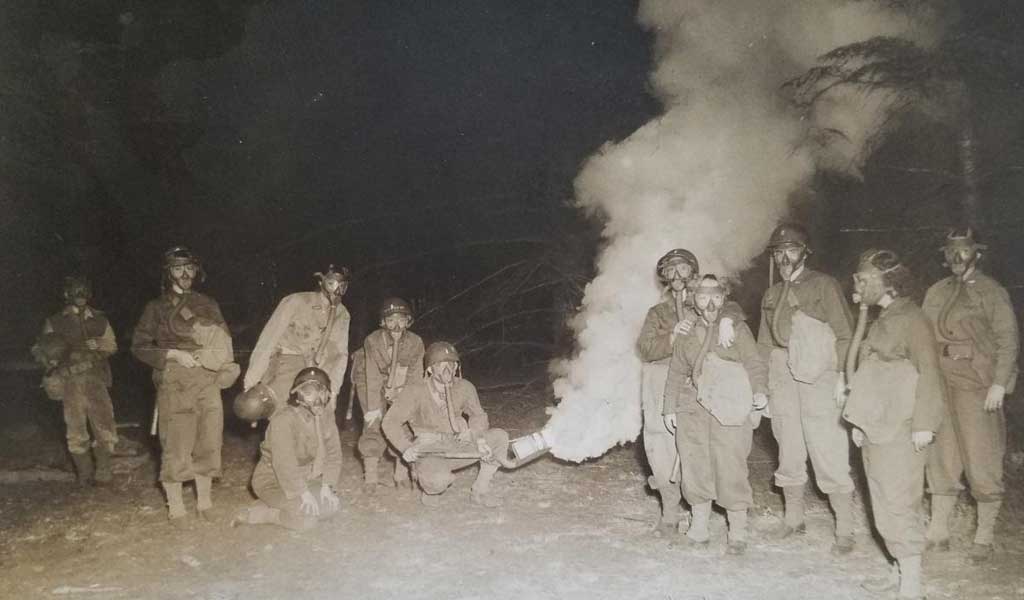 “I was born on January 5, 1923, in Flushing, New York, and grew up there. World War II was going on in Europe when I was in high school. I graduated in 1941 and went into the three-year hospital program for nursing to get my R.N. at the Medical College of Virginia School of Nursing in Richmond. I decided that I was going into the Army when I finished nursing school—they were asking for nurses. My father, a carpenter by trade, had served in the Army during WWI in Europe. West Point was nearby, just up the Hudson River, and we had gone there. So the Army seemed like the way to go for me.”

“I was shocked and dismayed when I heard about the attack on Pearl Harbor on the radio.

“Frances Payne Bolton, the Congresswoman from Cleveland, Ohio, got a bill passed through Congress to create the Cadet Nurse Corps. The nursing school at Western Reserve University was named after her. My senior year in nursing, I was part of the Cadet Nurse Corps, which gave me a small monthly income.
“I entered the Army Nurse Corps at Fort Dix, New Jersey. I had been doing some teaching of nursing students during my final months at Medical College of Virginia. They sent me out to Fort Lewis, Washington, right near Seattle/Tacoma, to Madigan General Hospital. I was assigned to the Army Nurse Training Center as an instructor and Company Commander for new nurse recruits.”

Taking Care of Our Returning POWs

“I became the head of one of the wards for our own military personnel who had been prisoners of war. They were coming back on ships from Bataan, Corregidor, Burma, and China.

“I have a lot of written memories from these former POWs. They were so happy to be back in the United States, and what they needed were hugs and a lot of tender loving care. They had a lot of different medical problems. Some amputees, some malnourished, some not able to use limbs, some with chronic diseases. They had lot of different problems they had not been getting any treatment for.

“The patients who had been prisoners of war were there at Fort Lewis until they were transferred back to Army hospitals closer to where they lived, where their family was. I have a lot of good memories of those times. Below are some of those patients’ affectionate and appreciative notes to Dorothy and the nursing staff, some teasing (that the nurses would miss the patients when they were gone).

The note above was meant to tease the nurses about how much they would miss the patients who were about to be transferred to hospitals nearer their own homes in the U.S.

After the War: Back to School

Dorothy continues:
“I attended Western Reserve University in Cleveland, Ohio to get my baccalaureate degree. Later on I got a Master’s in Public Health.

“While I was in school at Western Reserve, I attended the Church of the Covenant across the street from the school. I met the gentleman to be my future husband in a Sunday evening group called Tower Fellowship. We were married in July of 1948. I graduated with my baccalaureate degree in June of 1949.

“Then I had my first child, a son. I have five children. I decided to get back into nursing, took a refresher course, and realized that, with a family, the hospital hours were not appropriate for family living. We were living in Wheaton, Illinois.

“My husband was working at Argonne National Lab. He had been in the Navy as a physicist. So I decided to get my Master’s in Community Health at Northern Illinois University. I went to work for the county health department doing home care and school visits. Then I became involved with a research project with the University of Illinois: ‘Health Needs of Older Adults’. That’s what led me into public health. I was working at the same time.”

Above, training for gas attacks 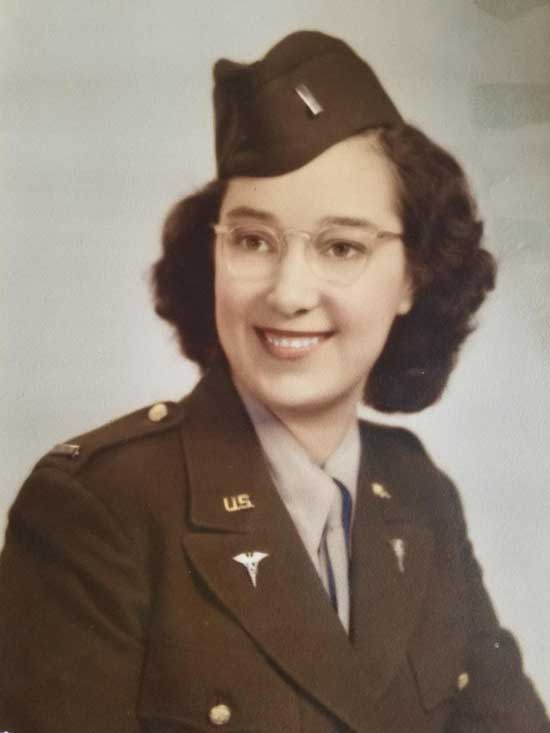 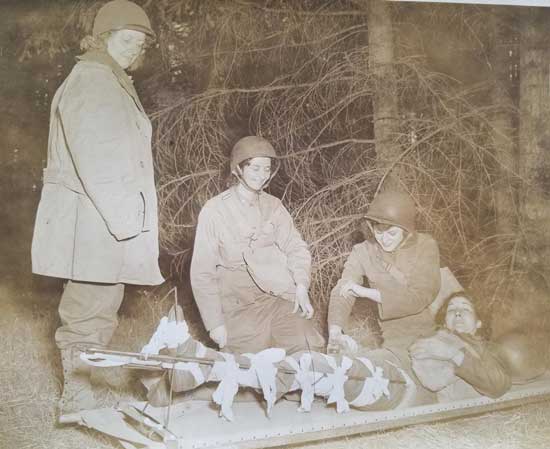 Above, practice setting a fracture, carrying a patient on a gurney

The note above was meant to tease the nurses about how much they would miss the patients who were about to be transferred to hospitals nearer their own homes in the U.S. 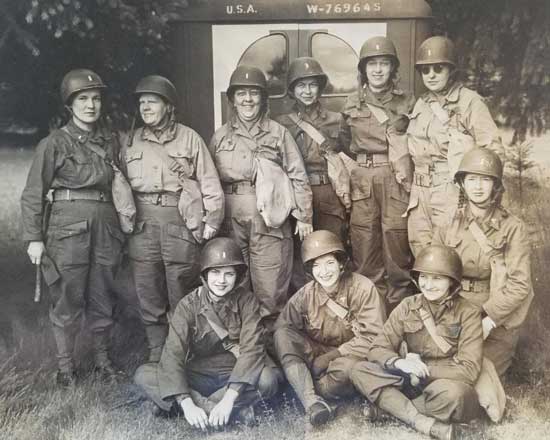 Right, Dorothy Managan stands in the back row, 2nd from right. She is a nurse instructor pictured with new recruits 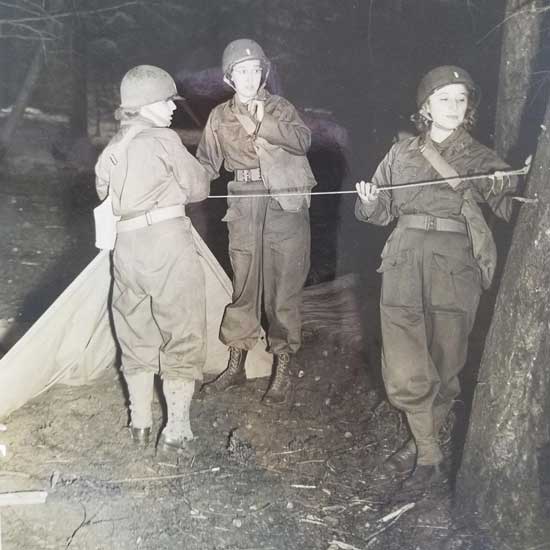 Above, pitching a tent. Dorothy Managan is in the center 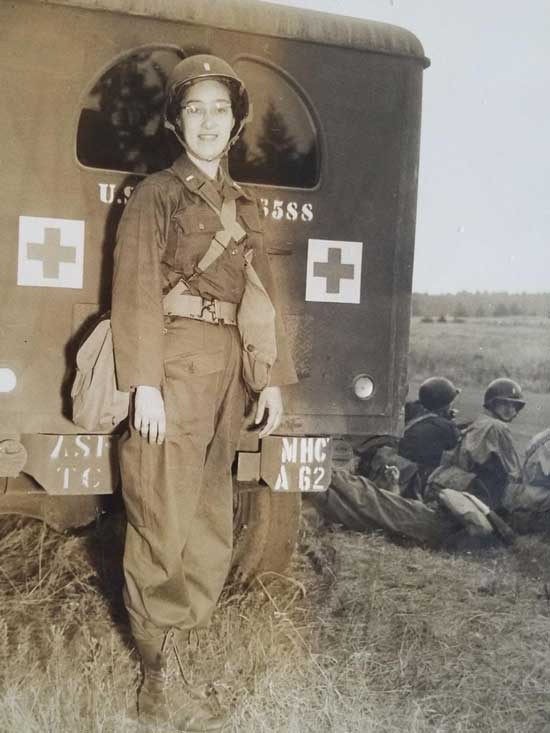 Above, Managan at Ft. Lewis, Washington in 1945

“Finally, in 1980, my husband and I both retired and we decided we were going to move to Hendersonville. We had always loved camping in the mountains and we were only five hours from Myrtle Beach. We were due to move down in 1983, but my husband died before we had a chance to move. We had friends in here, so I decided to move down anyway. I live in Hendersonville still.”

Once a Nurse, Always a Nurse
Dorothy Managan told the story above in 2019. Now at age 97, she has for many years made daily rounds in the Medical Center within her neighborhood, Carolina Village in Hendersonville, NC. She visits people who are ill (with a hiatus at the present time until it’s safe to continue). 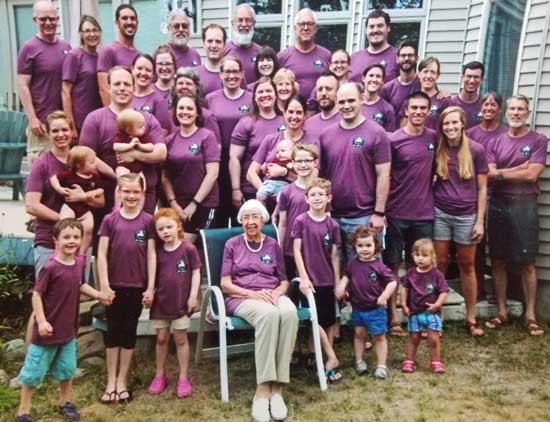 Above, Dorothy Managan’s family of 41 gathered around her in Bar Harbor in 2016 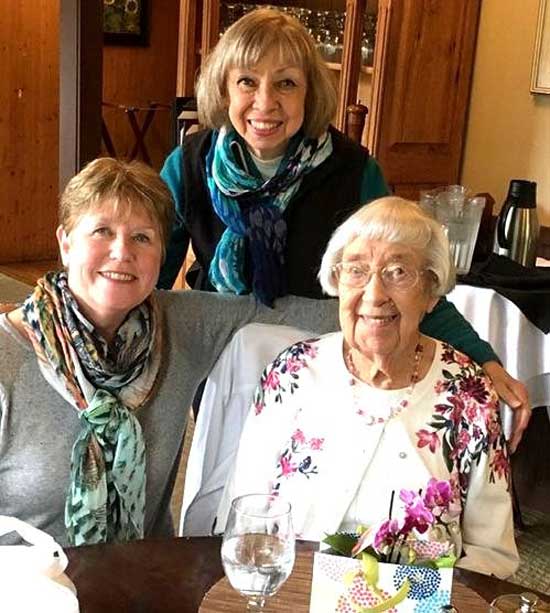 In 2020, Dorothy Managan (seated at right) celebrated her 97th birthday with friends Didi Salvatierra (at left) and Janis Allen