A Tank Commander’s Story and the Luck of the Draw 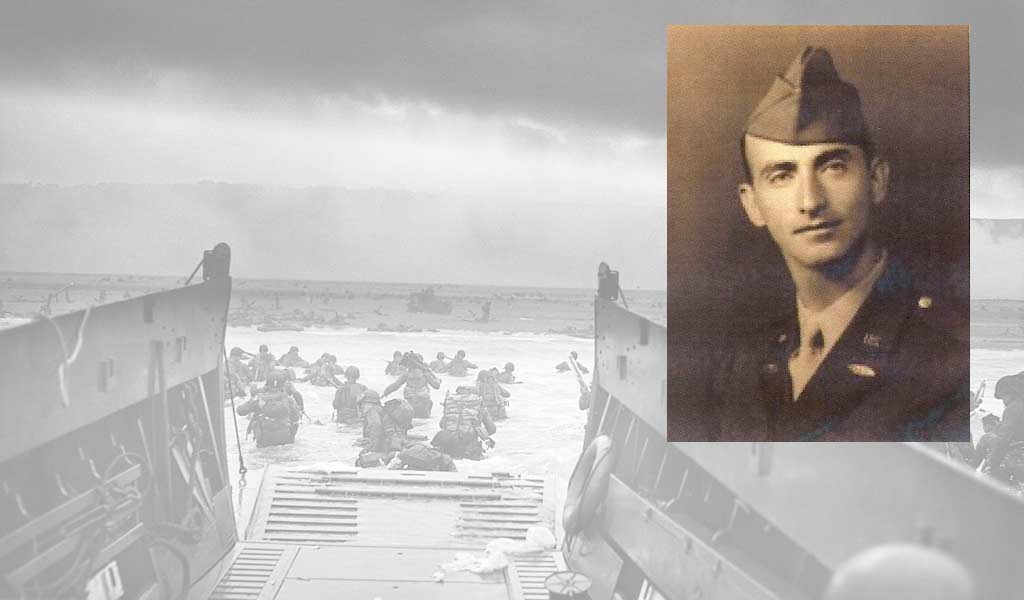 There is a group photo on my wall, from my wife’s side of the family. It was taken a couple of years before Sy Smolen died. In the photo are 31 people, including Sy, who sits in the middle leaning on his cane. But for three factors—the right landing beach, an Army medic, and a bump from an airplane at the last minute—19 of the 31 people in the photo would not exist.

Sy was in the rag trade, working with his dad and brother in the garment district of New York City. At the beginning of the war he got himself drafted. He went to OCS, became an officer, and learned all about Sherman tanks.

His young wife left their baby daughter (later my wife) with her mother in the city, and followed Sy across the country. Sy’s destiny was sealed, however, when he was transferred to England. His tank battalion evacuated, then occupied, the small town of Torcross on the southwest coast. They practiced landings on the adjacent long, narrow beach of Slapton Sands.

On D-Day, June 6th, 1944, Sy took his tank ashore in the first wave on Utah Beach. Luck of the Draw #1: Sy’s group was put ashore at Utah Beach. The Shermans at Omaha Beach were offloaded too far from the shore, and all but two were swamped and lost.

When they cleared the beach, Sy found himself the only officer left in the company and became de facto company commander. They survived that day…then the next…then the next, as they headed inland through the hedgerows of Normandy.

Then, as Sy described it in a letter home, “One sunny afternoon while flanking the city of Montebourg in advance of our infantry, things started to get hot. We fought to the outskirts and then unfortunately I got hit. It felt just like having someone throw hot water on me. I turned over my command, bailed out of my tank, and sent them on.”

He was horribly wounded in the left side of his head and left for dead. Then, as he recounted to us later, Luck of the Draw #2: A medic saw signs of life and treated him. He was evacuated to a hospital in England for further treatment.

Sy had lost his left eye. His head was mangled and full of shrapnel.

By mid-July, recovering in an English hospital, he was expecting to be sent home in a few days. But he was bumped from his flight at the last minute to make room for a VIP.

Luck of the Draw #3: That flight went down over the Atlantic, cause unknown. Sy finally made it back to the States and to an Indiana hospital for rehabilitation and plastic surgery. By mid-1945, he was with his family and working again in the rag trade. He had a glass eye and a well-reconstructed face. He fathered two sons and another daughter…and they, along with my wife, are the source of most of the people in the family photo.

After Sy’s death, cleaning out his Florida condo, we came upon a set of glass eyes the Army has issued him: a yellow one for jaundice and a bloodshot one for hangovers, among others. They wanted him to be able to match the good right eye no matter what the occasion. But Sy always wore the crystal-clear eyeball in the left socket.

One Christmas about twenty years ago, I joined his sons and another son-in-law for a night at the pool hall. Sy came along for the ride. His oldest son challenged him to a game. Sy cleaned his clock! Guess what form of rehabilitation they had given the one-eyed guys at the Indiana hospital.