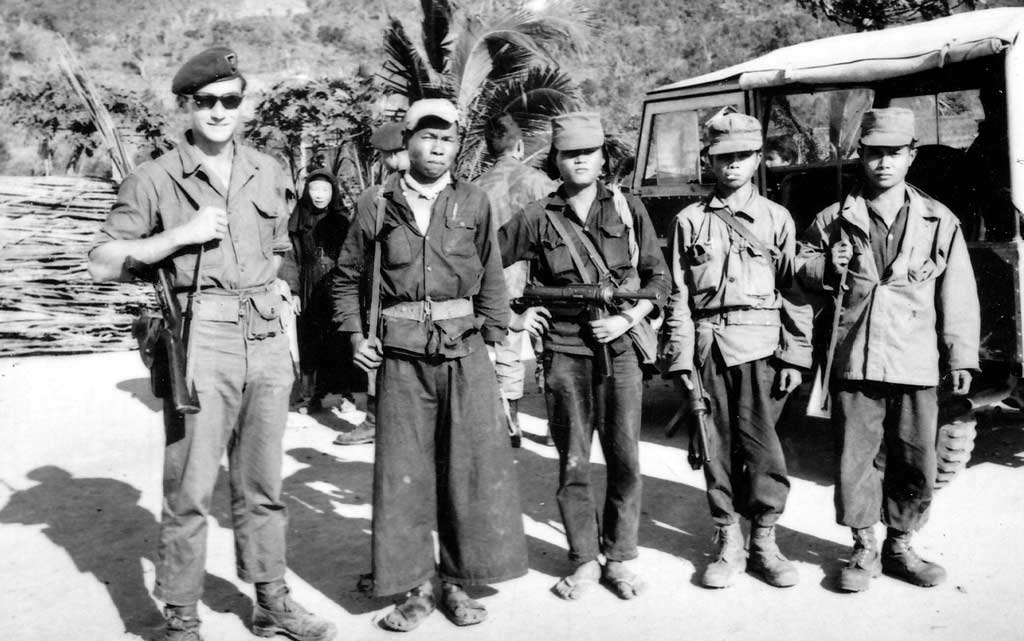 Vietnam was brutal and scarring for its warriors

While interviewing more than 30 Vietnam War veterans, I listened to stories poignant, harsh, and tragic. Like all wars, Vietnam was brutal and scarring for its warriors. Yet, these combatants occasionally laughed at their plight, using humor to deflect their nightmares. The following two accounts prove there is humor in uniform.

Fine Dining in the Mekong Delta

Army Private Curtiss L. Poteat left the tranquility of Marion NC for South Vietnam in 1969, having trained as a Military Policeman to work on Army Patrol Boats (PBRs). “When I graduated from high school, my draft number was three, so I went ahead and joined the Army. The uncle I’m named after was on PT boats in WWII, and I liked McHale’s Navy, so I thought river boats would be a cool job.”

South Vietnam, especially the Mekong Delta in the south, is marked by numerous waterways presenting serious logistical obstacles to U.S. ground forces. To resolve this problem, the Navy created the Mobile Riverine Force — a partnership between the Army and Navy in fighting the war in the rice paddies, canals, and treacherous waterways of the south.
Poteat was assigned to the Army 18th MP Brigade as a member of the 458 Sea Tigers. These boats, armed with 50 caliber machine guns, M60 machine guns, automatic grenade launchers, and personal weapons, provided essential water-borne security for river operations. 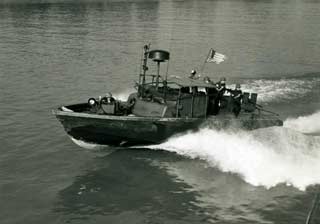 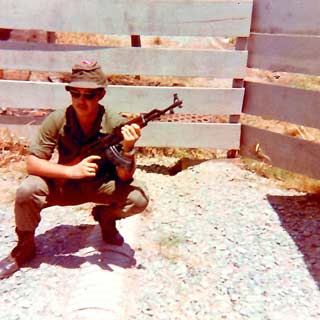 In a letter home, Curtiss told his mother that he sorely missed her cooking, especially the spaghetti dinners. Mail call, usually delivered by helicopter, was a gratifying experience for these men in a war zone. One night, as the unit prepared for a dinner of combat rations, the helicopter unloaded a large box from Poteat’s mother. Curtiss recalls: “I thought, ‘what the heck is this and how can I carry it out here in the bush?”

To everyone’s surprise, the contents revealed four boxes of spaghetti noodles, four large cans of Chef Boyardee spaghetti sauce, two cans of B&B mushrooms and two cans of parmesan cheese.
Curtiss and his friends, ever-resourceful, used their k-bars (knives) to fashion forks from their spoons. As the spaghetti sauce simmered in machine gun ammo cans, the Sea Tigers removed the liners and filled their helmets with water from the nearby river, using them to boil the pasta. Stirring in the B&B mushrooms completed the extravaganza. Voila! Dinner was served. According to Poteat, the sweet aroma of spaghetti sauce filled the air. “My friends and I dined in style while everyone else glumly ate their c-rats.”

As his lucky buddies devoured the unexpected and welcome feast, one of the soldiers exclaimed, “Poteat, you thought of everything! This even has oregano in it!” Curtiss answered: “Dumb ass, that’s the paint from inside your helmet.’” Nobody seemed to care. 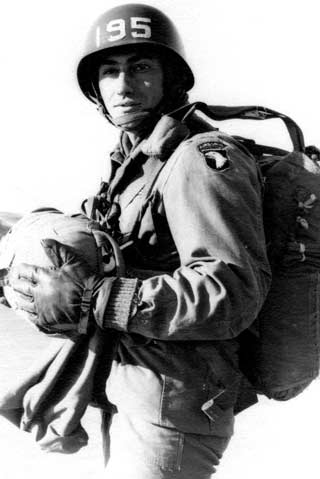 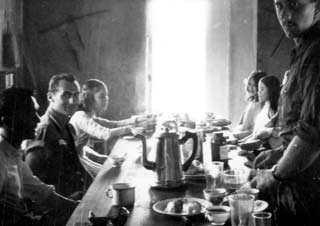 Green Berets and the Montagnards

Mike Di Rocco’s clandestine entry into Vietnam began in 1962 on a moonless night in the Viet Cong-controlled Van Canh valley, 200 miles north of Saigon. The twelve-member Special Forces team’s mission: organize, equip, train, and lead a mercenary army of South Vietnam’s indigenous tribesmen, the Montagnards.
The Montagnards were recruited into service by the American Special Forces (aka the Green Berets) to defend their hamlets against the Viet Cong and serve as rapid response forces and intelligence gatherers.

A Raid and a Rare Invitation

The affinity between the Green Berets and the Montagnards, and their exploits in battle, are recounted in Mike DiRocco’s book, “Fire Your FPL’s.” The following story from his book depicts Special Forces courage and ingenuity at a banquet table.

After DiRocco and his Special Forces team completed a highly dangerous and successful raid which eliminated three treacherous Viet Cong leaders, he and his friend Zack Novak received a dinner invitation at district headquarters by the region’s District Chief, Chu Tan Phat. The invitation read: “The people of Vietnam extend their gratitude to Sergeant DiRocco and Sergeant Novak for their invaluable assistance in the killing of the three Viet Cong leaders.”

The evening of the event, Chu personally screened the servants for VC affiliations before allowing them to enter the headquarters; Chu’s wife oversaw the banquet preparations. Appetizers of small pork cubes dipped in a sweet brown sauce were served. Chu introduced the honored guests to the Province Chief, who made the following toast: “To our honored guests who have made a great sacrifice by leaving their loved ones to come to Vietnam and help us achieve peace.”

The sweet sounds of Vietnamese music filtered through the room as Chu’s wife removed the warming cover from the plate set in front of DiRocco. Seeing the small Mandarin bird, cooked whole and with its feathers intact, the Vietnamese chattered excitedly, knowing what was in store for Mike.

The Regional Chief explained: “It is our tradition that the honored guest eats the head of the bird before anyone else eats. Would you please do us the honor, Sergeant DiRocco?”
Placing the ivory chopsticks around the base of the bird’s neck, Mike lifted the small bird, inserted the head into his mouth, and bit down hard, severing the neck from the body, to the cheers of the Vietnamese and Zack. Mike chewed the soft head and beak, then swallowed, drinking more rice wine to help it go down smoothly. “It wasn’t so bad,” recalls DiRocco. “It was like eating a soft-shell crab!”