Flying a U-2C with the Canopy Open

A Dubious Honor:
Having Flown a U-2C with the Canopy Open

One fine day in 1968, I accompanied a squadron mate of mine to Palmdale in a T-33, for the purpose of retrieving one of our U-2Cs that had been loaned to another organization. The plan was to return the aircraft to Davis-Monthan at an altitude that would not require the use of a pressure suit.

Assisted by the civilian Lockheed ground personnel, I strapped in and completed all of the normal checklist items. One of the last steps prior to engine start was to close and lock the canopy by pulling it (from left to right) over my head, and then locking it down by moving the locking lever forward that was located under the canopy sill on the right side of the cockpit. From that moment until just moments after leaving the ground on takeoff, everything was entirely normal.

A very few moments after leaving the ground, however, I suddenly heard and felt a powerful “bang,” followed by a continuous loud roar! The airplane was not presenting any great difficulty in remaining under control, but the loud, mind-numbing roar and unusual vibrations were certainly very disconcerting. Almost immediately, I saw the cause of the problem: The left hand edge of the canopy was open approximately six inches! 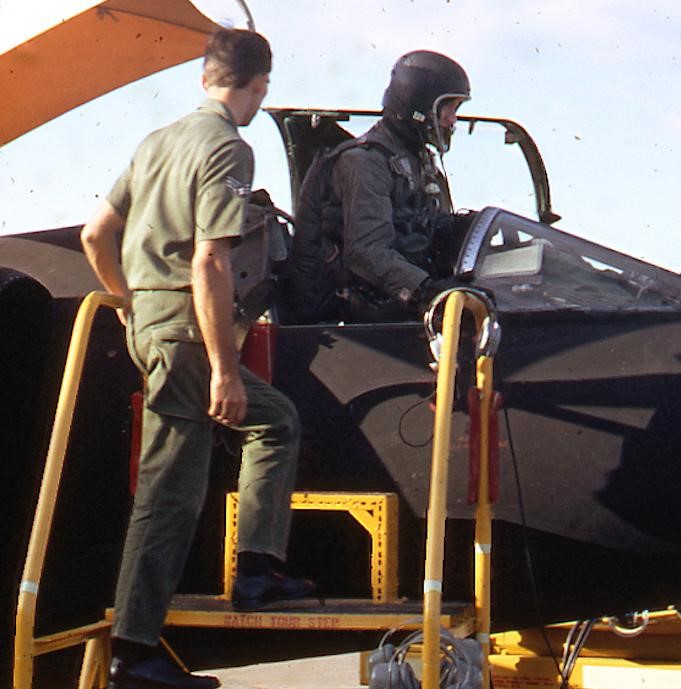 The first thing that crossed my mind was the Dash One warning note related to canopy jettison that reads: “If in flight, be prepared to leave the aircraft immediately as the canopy may strike the tail surfaces after it is jettisoned.” Well, I was certainly “in flight” and perilously close to the ground, but I had no intention of deliberately jettisoning the canopy, so as long as it stayed on the airplane, I felt confident that all would be well. I quickly determined that the size of the open gap on the left side of the canopy could be altered and controlled by careful movements of the rudder.

From that moment of realization on, a normal traffic pattern and landing at Palmdale were accomplished, albeit without the usual mobile to provide landing cues. After having the pogoes re-installed on the runway and returning to the parking area, there were quite a few red faces to be seen. Obviously, when the Lockheed personnel had replaced the canopy on the aircraft after some maintenance, they had neglected to rotate the locking mechanism on the left side of the cockpit. Once again, a forceful reminder to “Follow the &%#*^%$ checklist!!!

There were no following repercussions. An hour later, I was just happy to be heading home again!

There is a very special place in my – and every U-2 pilot’s heart — for the men and women of the Physiological Support Division, commonly referred to as “PSD.” They are the ones who carry out the critically important task of maintaining and caring for the specialized equipment (pressure suits, emergency seat kits, parachutes, etc.) that keep us alive and able to safely perform our jobs in a very dangerous place. That place, the upper reaches of the atmosphere well above 60,000 feet, is a place where we all know that – without the benefit of PSD’s support – our “time of useful consciousness” would be a matter of seconds, and death would surely follow soon thereafter!

Before the U-2R full-pressure suit days, we all wore the relatively primitive MA-1 partial pressure suit and were prohibited from opening the faceplate at altitude because of the dangerous difficulty in resealing it. For that reason, we routinely had to endure many hours encased in the sealed helmet, from the time we started pre-breathing after suiting up, until descending through 10,000 feet at the end of the mission. The only sustenance on long high flights was liquid – in my case, orange juice – sucked on a straw through a feeding port in the faceplate from a plastic bottle. The top of the bottle had a screw top, through which a very stiff straw was secured and sealed. It was PSD’s responsibility to prepare and stow the orange juice bottle in the cockpit before I arrived at the aircraft. 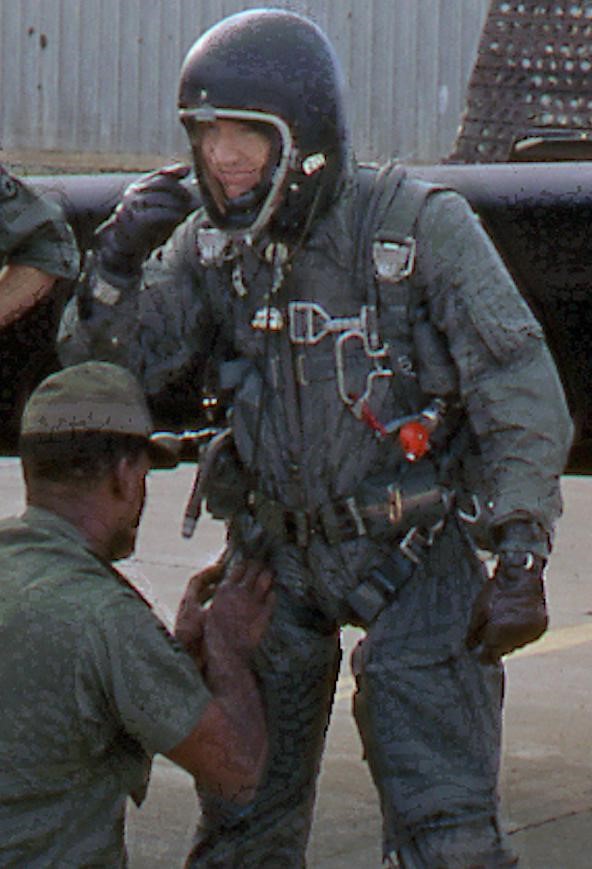 One day, after returning from a long stateside mission, taking pictures of SAC bases requested by the SAC Directorate of Civil Engineering for facilities planning purposes, I noticed some unusual agitation and voices on the ground, even before I exited the airplane. I soon learned the reason for all of the commotion: The belly of the aircraft had a greasy, dripping streak of liquid running from an area under the cockpit to just aft of the camera window (!). Obviously, any photos taken while “looking through” that window would have been worthless.

We soon learned that my orange juice bottle had been the culprit, and the dual reasons were: (1) An overeager PSD trainee, and (2) the simple laws of physics. Here’s why:

In preparing the juice bottle, the PSD trainee had failed to heed the important warning “When preparing the pilot’s water bottle, ENSURE that the end of the straw remains above the surface and does not penetrate the fluid in the bottle.” Instead, he conscientiously thrust the straw deep into the juice. When the airplane went to altitude, the lowered cabin pressure caused the air trapped inside the bottle above the orange juice to expand. Result: The orange juice was forced up the straw and out of the bottle, free to dribble down all the way into the aircraft bilge through several small calibrated holes in the skin of the airplane. An embarrassing, but useful lesson learned!