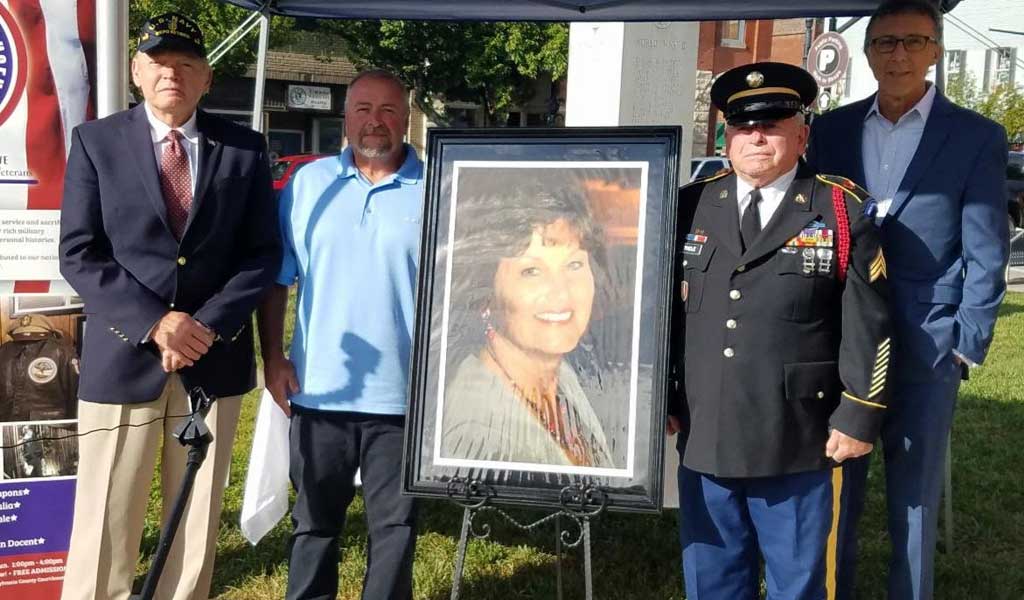 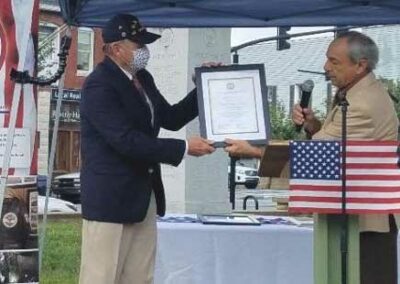 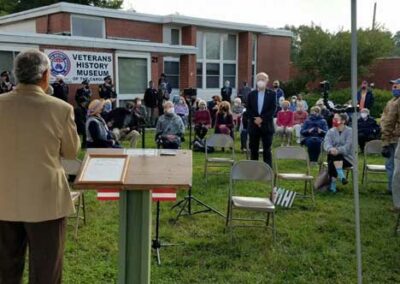 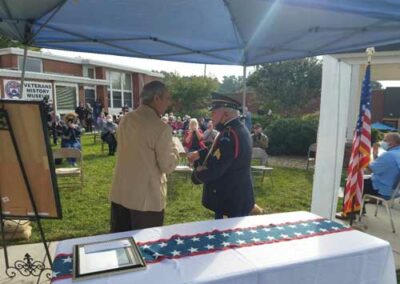 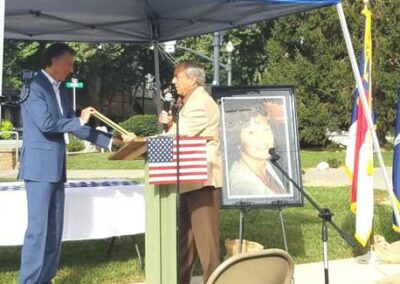 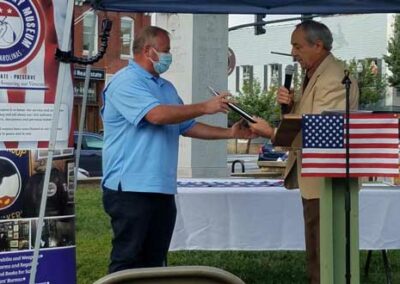 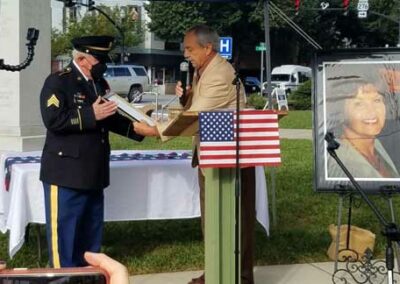 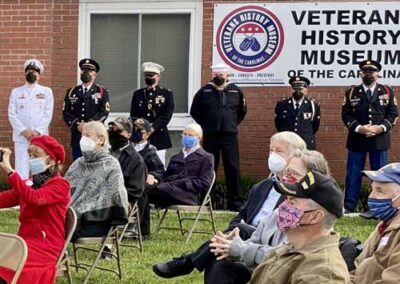 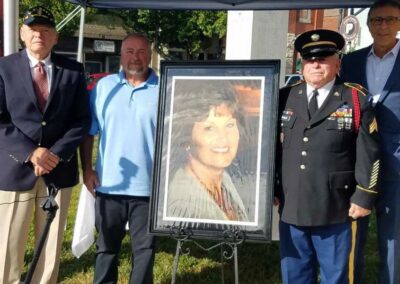 May 17, 2020, Toni Lee Casciato, beloved wife of Emmett Casciato, founder and curator of the Veterans History Museum of the Carolinas, suddenly passed away. Donations to the museum in Toni’s memory enabled the establishment of the Toni Lee Casciato (TLC) Memorial Fund for the benefit of veterans’ causes embraced by its namesake. “The outpouring for our museum in her name was unbelievable,” said Emmett Casciato.

On Wednesday, September 23, Toni’s picture greeted an audience of TLC Fund donors, city and county officials, museum board members, and volunteers to present these awards.

Each honoree received a check and a framed certificate of appreciation (shown below) signed by Emmett and his daughter, Abby Moore, who is a member of the museum’s advisory council.

After leading the audience in the Pledge of Allegiance, Casciato introduced the ceremony with recollections of his wife’s commitment to the museum and its mission. “She was a true patriot,” he said. “She loved our country and our veterans and was behind the scenes on everything that happened at the museum.”

The fund’s recipients expressed their gratitude for the museum’s support. John Rogers offered Casciato heartfelt thanks on behalf of the VFW, while Frank Duckworth noted that the American Legion is proud and happy to support the museum which is “the most wonderful honor for veterans that’s happened in Transylvania County and Brevard in quite some time.”

“Seeing everyone gathered here warms my heart,” said Honor Guard Commander Howard “Sarge” Thiele. “I was privileged to know Toni. She will be missed and remembered by every one of us because she touched so many lives. She will never be forgotten.”

Blue Ridge Honor Flight Co-Founder Jeff Miller asked for a “big round of applause” for the veterans in the audience. “Thanks to each of you,” he said. “I’m humbled to be surrounded by people who have given so much. I never served my country, but I’m dedicated to serving those who have. Honor flights pay tribute to veterans. We want to assure that people remember the things given to them by folks like you and to make sure our veterans are not forgotten. They’re never gone, and Toni is never gone.”

As the ceremony concluded on this overcast morning, the sun suddenly broke through the clouds and illuminated the photograph of Toni Casciato. Emmett said, “The sun is out. Toni’s smiling down on us.” Her legacy will continue.