On August 12, 2020, the Veterans History Museum of the Carolinas and the Blue Ridge Chapter of the Quilts of Valor shared the courthouse gazebo to honor two veterans who selflessly served our country. The event was attended by immediate family and museum volunteers.

General Joe Taluto served full-time on active duty with the Army National Guard for more than 44 years. He led the military response in New York City after the attacks on September 11, 2001. Among his many command and staff assignments, General Taluto commanded the 42nd Infantry Division from 2002-2006, which included a combat tour in Iraq in 2005-06.

General Taluto ended his military career serving as Adjutant General for the State of New York, 2006-2010. His years of service began in October 1965 and concluded in February 2010.

General Taluto’s quilt was made by Patti Stevens from the Connestee Falls Quilters. Peggy McCaffey was the quilter. Patti Stevens, who is a neighbor of the Talutos, presented his quilt.

After receiving his quilt, General Taluto offered his thanks to Didi Salvatierra, who leads the Blue Ridge Quilts of Valor Foundation. He commented, “Fifteen years ago today I was in Tikrit, Iraq.” The General was full of smiles being wrapped in his quilt.
Mayor Jimmy Harris served in the US Air Force from August 1980-May 1984. He was assigned to the hospital squadron serving in Upper Heyford, England with the Royal Air Force and also at Robins Air Force Base in Georgia. He received the Air Force Achievement Medal.

As Mayor of Brevard, he lends his energetic and ongoing support to Transylvania organizations who support veterans. His positive and heartfelt leadership is evident at public ceremonies including Memorial Day, Independence Day, Veterans Day and Quilts of Valor presentations. His mission is to inspire local citizens to honor our veterans. Mission accomplished!

Mayor Harris has been present for most of the Quilts of Valor ceremonies in Brevard. When asked how he felt to be a recipient this time, he commented, “I was waiting to stand with Joe (General Taluto.) It was a great honor to be standing next to him.”

Following the ceremony, Emmett Casciato, curator and founder of the Veterans History Museum of the Carolinas, presented a check to Didi Salvatierra of the Blue Ridge Quilts of Valor from the Toni Lee Casciato Memorial Fund. He honored all the work they do for veterans and the museum.

Members of the French Broad River Society of the Children of the American Revolution attended the Quilts of Valor ceremony. From left in the photo below, Beckett Chapman, Elizabeth Chapman and Jill Chapman presented a banner to the Quilts of Valor recipients.

The organization is the oldest children’s patriotic society in the nation. The society’s objective is to train good citizens, develop leadership and promote love of the United States of America and its heritage among young people. Attending events that honor our veterans is one way they learn of their dedication to our country.

Didi Salvatierra told the group, “A Quilt of Valor is the highest civilian honor we can bestow on these veterans. We thank you for your service, sacrifice and valor. You are not forgotten.”

For more information about Quilts of Valor or to nominate a veteran to receive a quilt, please visit www.qovf.org.

Pathfinder, The Veterans History Museum of the Carolinas 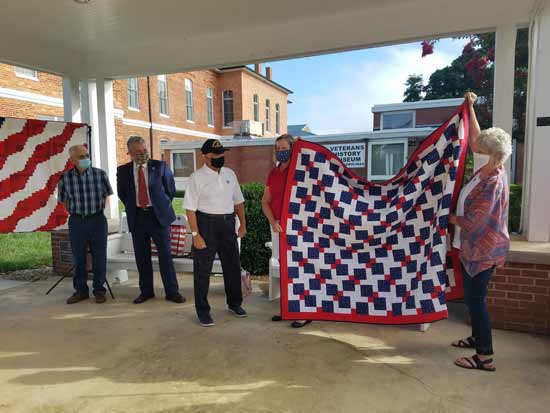 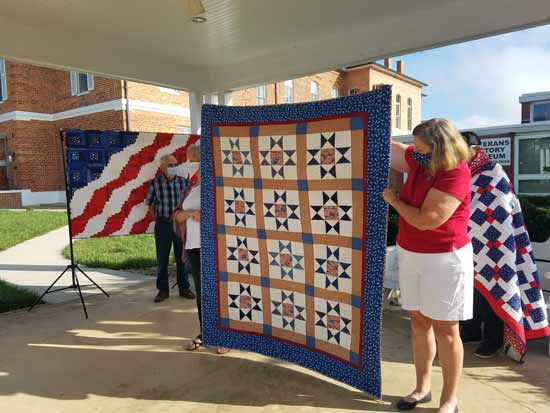 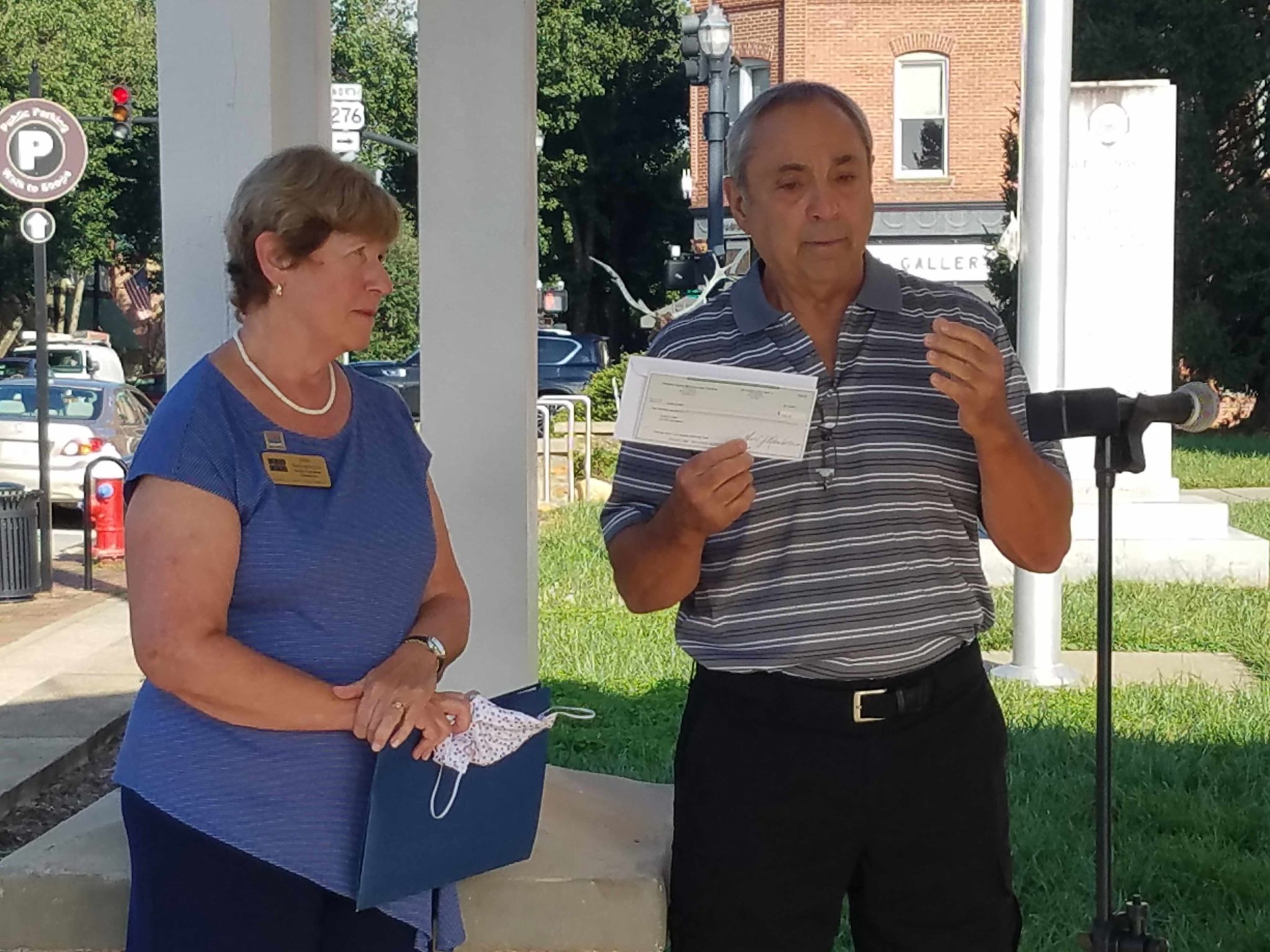