Korean War Veteran Bill Lack: “It was the world trying to stop Communism.” 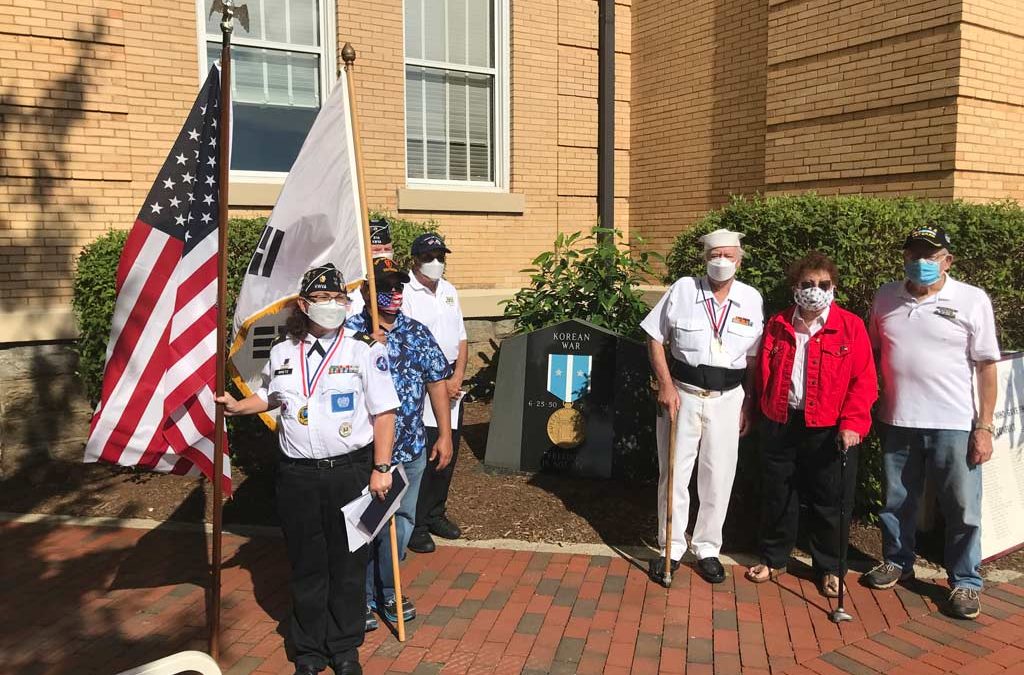 2020 marks the 70th anniversary of the beginning of the Korean War.

On June 25th, the Korean War Veterans Association held a ceremony at the Korean War memorial monument on the square of the Historical Courthouse in Hendersonville.  Local leaders read proclamations recognizing the veterans for answering the call to serve their county seventy years ago.

One of those Korean War veterans was Buncombe County resident Bill Lack.  Lack remembers when the war started.  He was already serving in uniform as a member of the Mississippi Army National Guard.  He says his Guard division was put on stand-by by the Army, but wasn’t selected to go overseas.  Lack says not going to Korea when the war started bothered him for the next two years.

“I feel like I have let the country down,” Lack said as he stood in front of the war monument after the June 25th ceremony.  “I have been in the Army, but I haven’t done anything.”

When Lack finished his commitment to the National Guard in 1952, decided to re-enlist in the US Army.

“This time I’m going to ask them to send me to Korea,” Lack said.

According to Lack, the US Army was more than happy to take Lack up on his offer.

“We were assigned to the Prisoner of War Command,” Lack said.  “Intelligence division.” 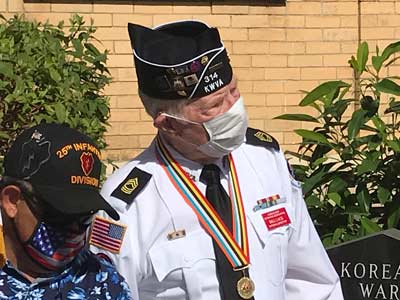 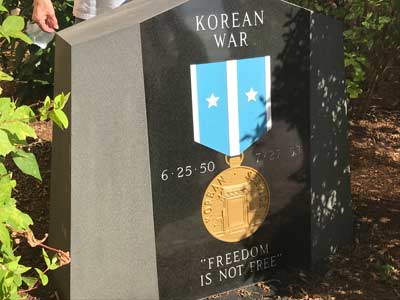 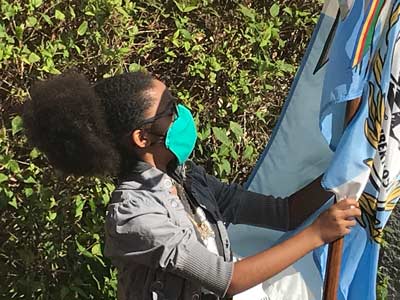 Lack became a prisoner of war camp inspector helping to secure Chinese, Russian, and North Korean prisoners.  He arrived in Korea early in 1953.  Not long after arriving, new orders came down from Command.

“They moved us up to Munson Ni (Moon son E) near the 38th Parallel,” said Lack.

A ceasefire agreement soon followed, but the Army wasn’t finished with Lack yet. He participated in Operation Big Switch, the trading of prisoners of war between both sides after the ceasefire.

“The condition they were in,” Lack paused as he remembered.  “I would not want to spend one night in what some of them spent a year in.”

Lack took care of returning captured Americans.  Americans that had not seen a friendly face in many months.

“You are looking at these people coming off there, and it kinda touches you,” Lack said as he raised his hand to his heart. “Kinda like you were doing something special.”

This year marks the 70th anniversary of the start of the Korean War.  Because the Korean War started only five years after World War II, Lack worries that people today don’t understand the immensity of the war.

“There were twenty-seven other countries that had casualties,” said Lack.  “That was a huge War.”

Lack feels that his war has mostly been forgotten.

“It was not just the United States,” Lack said, “it was all the free world trying to stop Communism.”

Lack says the war is not over.

“There is no peace treaty, all we have is a cease-fire,” said Lack pointing to the younger veterans in the group that have served in Korea after the armistice of 1953.  “We have people who are still being killed almost every month. It is still an on-going war.”

“Not a month goes by that you don’t hear that some crazy fool up there shot across the line and killed two more Americans,” said Lack.

That is why it is important for Korean War Veterans like Lack to talk about their experiences and remind us that the war isn’t over.

“It could start again at any time,” Lack said. “Their planes still come over and strafe us, they have shot down a couple of our planes, all of this since that ceasefire.”