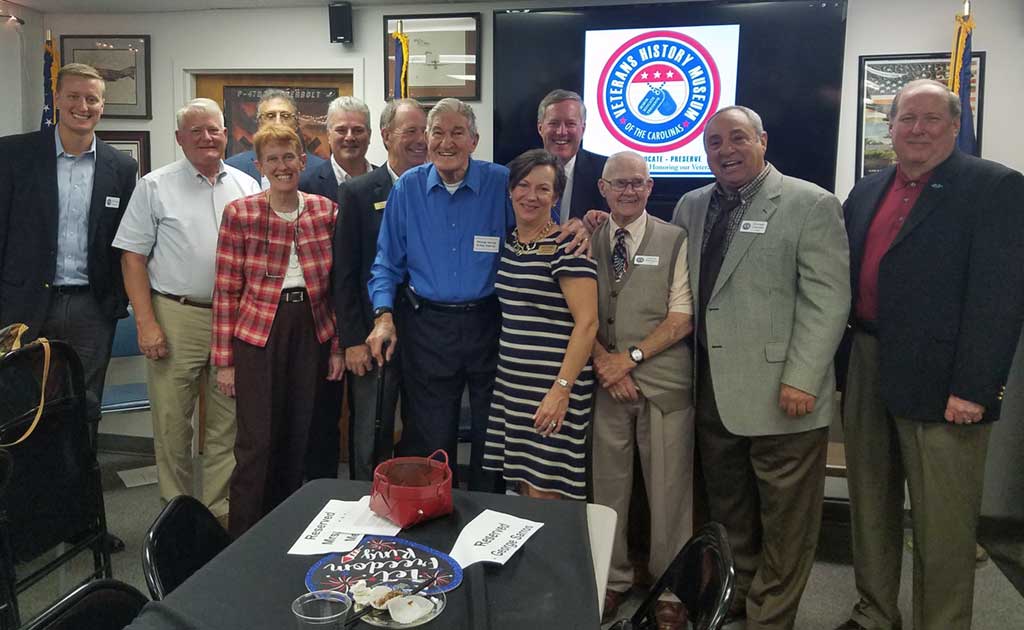 Eighty-one supporters of the Veterans History Museum of the Carolinas gathered at the museum on September 4 to learn about the capital campaign for the museum’s plan to grow. Attendees toured the museum and enjoyed refreshments before hearing a program which honored veterans and shared the museum’s vision for a larger, permanent facility. The museum is now located in a county-owned building beside the courthouse. Supporters are raising funds for a new building or to renovate an existing building.

Hosted by Brevard College President David Joyce, presentations included the story of D-Day veteran George Sarros, whose Navy LST (Landing Ship Tank) flotilla was torpedoed by German submarines six weeks before D-Day, as they practiced for the invasion on Utah Beach, France. Sarros and his shipmates rescued around 100 sailors from the cold water of the English Channel. Approximately 1000 perished. Then on June 6, 1944, the George’s ship joined others in delivering tanks, ambulances, and troops on the beach. They made 52 trips across the English Channel during the Normandy invasion. Sarros was honored by Lt. General John M. Brown III as representative of the 1,200,000 living veterans in the Carolinas.

Governor Roy Cooper sent a video message for the event, telling of his appreciation for the veterans that make our freedoms possible. Congressman Mark Meadows spoke of the importance of honoring veterans and appreciating the sacrifices they and their families have made. He reminded the audience of our country’s failure to honor Vietnam veterans when they returned home, and our opportunity to honor them and all veterans now.

The audience watched a video created to honor veterans and share the vision for the new museum building. Mayor Jimmy Harris asked for donations to keep the museum in Brevard and enlarge the museum’s ability to honor veterans, educate young and old, and preserve valuable artifacts, uniforms, and historic memorabilia.

Museum founder and curator Emmett Casciato spoke of his appreciation for the volunteers who have helped him grow the museum from a late 2016 six-week exhibit in the lobby of the Aethelwold Hotel, to a three-month exhibit in the Transylvania Heritage Museum, to its current facility at 21 East Main Street. The planned new, larger, permanent museum will enable volunteers to accept more historical items, record video interviews of veterans’ stories for posting on the Library of Congress web site for future generations, and provide a gathering place for veterans to meet, tell their stories, and be supported by other veterans. 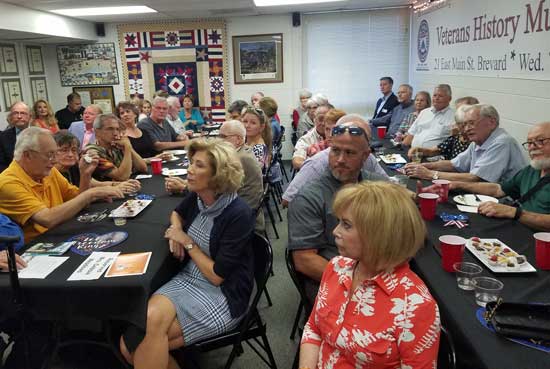 Group at the Veterans Museum of the Carolinas Capital Campaign launch 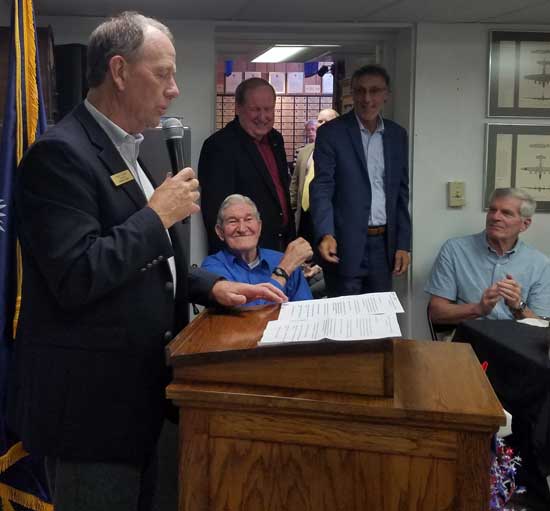 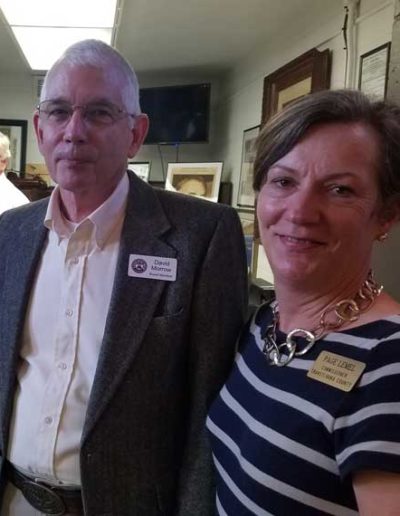 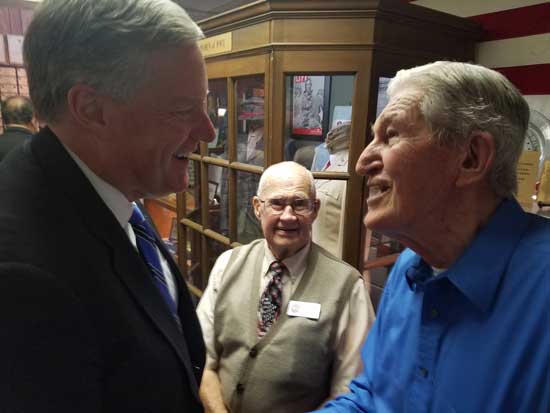