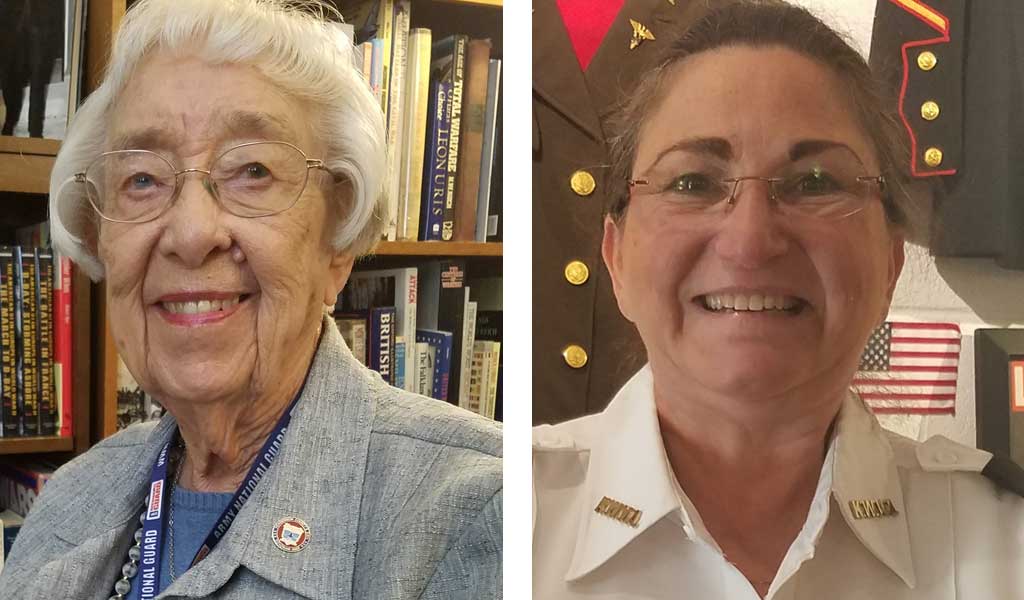 On November 21 at 2:00 pm at the Veterans History Museum of the Carolinas, two U.S. military nurses will help celebrate “Women in the Military” month with a free program sharing their stories. Each will speak for 20 minutes and then both will take questions. Also, two women who served in WWII, Dorothy Managan and Elizabeth Tilston will be available after the program to sign books which include their stories.

Michele Bretz, Major, U.S. Army (Ret.) served from 1984-2008 active duty and reserves, as a Signal Officer, Medical Logistics Officer, Civil Affairs Officer, Nurse Officer, and Security/Training Officer of a Drill Sergeants School. Bretz is active with the Korean War Veterans Association. One of their goals is to educate students and the public so that the Korean War doesn’t become “the forgotten war”, but is a lasting legacy for learning.

Dorothy Managan, 2nd Lieutenant, U.S. Army, was a nursing instructor and ward supervisor at Fort Lewis in Washington State, when American prisoners of war were returning from the Pacific (Bataan, Corregidor, Burma, and China). Fort Lewis was the “first stop” for these wounded and malnourished prisoners, before they could be sent to other military hospitals closer to their hometowns. Managan served from 1945-1946. After the war, Managan used the G.I. Bill to get her baccalaureate degree in nursing, and went on to a career in public health in Illinois.