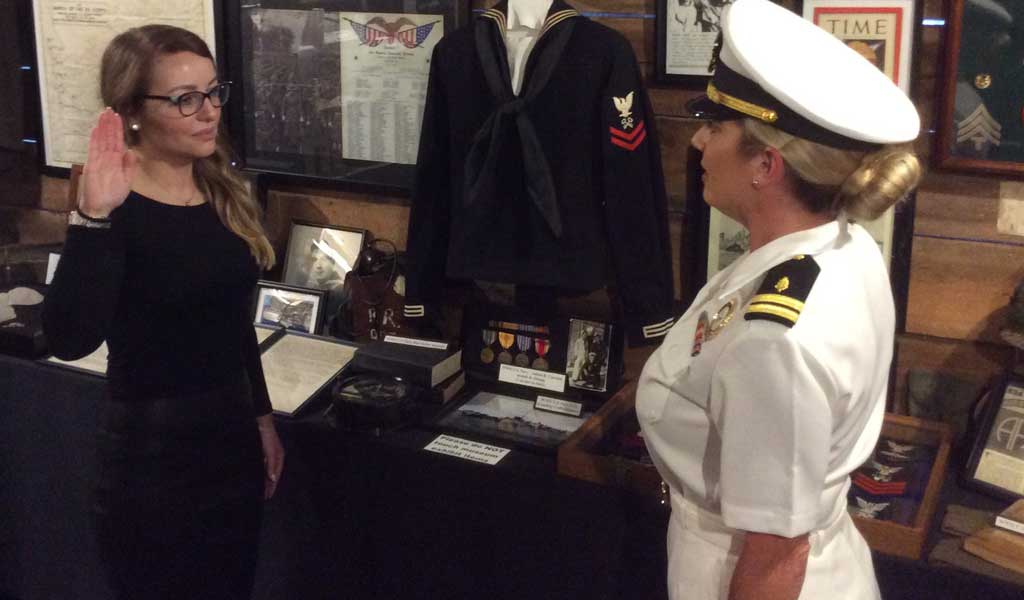 Lidia Danilevich takes the oath of office from Lt. Barbara Sterrenberg in the museum’s WWII-Europe gallery

Registered nurse Lidia Danilevich was commissioned as U.S. Navy Ensign in the Veterans History Museum of the Carolinas on August 30. Lt. Barbara Sterrenberg, from the Navy Officer Recruiting Station in Knoxville, Tennessee, administered the commissioning oath.

Danilevich, a Russian national who earned her U.S. citizenship in 2015, began nurse’s training at Forsyth Technical Community College in Winston-Salem and finished at University of North Carolina-Greensboro. Given her choice to be deployed to Japan, Fort Belvoir, or Walter Reed Medical Center, she chose Walter Reed. Danilevich was born in the Kemerovo Region of Siberia, Russia, and received a degree in finance there. Influenced by her father, a dentist, and her physician grandfather, she decided to pursue a medical career in the United States, coming here in 2009 when she was 21 years old. In Greensboro, she has been working in critical care.

Lt. Sterrenberg, the commissioning officer based in Knoxville, wanted to find a special place for this important ceremony for Danilevich, who lives in Winston-Salem. She did an internet search and found the Veterans History Museum of the Carolinas, and decided the museum would provide the perfect, respectful venue for this solemn and important occasion. Brevard was a good halfway point for the two to meet.

After taking the oath, Danilevich received her official commissioning certificate which read, in part, “Know ye that reposing special trust and confidence in the patriotism, valor, fidelity, and abilities of LIDIA VIKTOROVNA DANILEVICH, I do appoint her as an Ensign, Nurse Corps, United States Navy…,” by the President of the United States.

For a photo with her commissioning certificate, Danilevich chose the uniform display of Brevard’s Retired Navy Captain Maureen Copolof, along with the American flag. 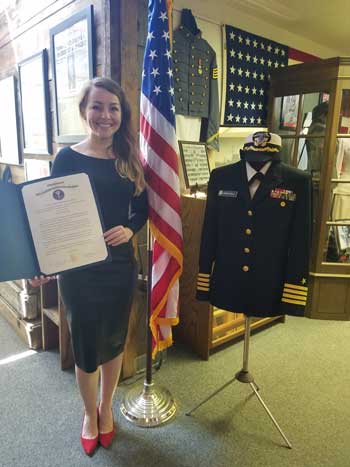