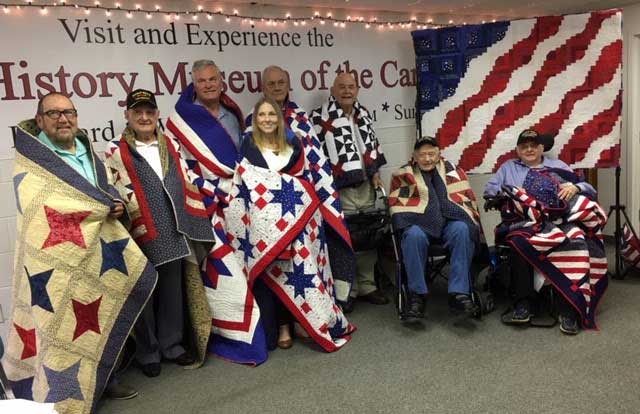 Eight area veterans received handmade quilts to honor their service in a ceremony at the Veterans History Museum of the Carolinas on September 7. Quilts of Valor is a national organization whose members produce hand-made patchwork quilts to honor veterans throughout the United States, Germany, Iraq, and Afghanistan.

The local chapter, Blue Ridge Quilts of Valor, has 50 volunteer quilters. Internationally, the organization has presented more than 227,000 quilts to veterans since its 2003 founding.