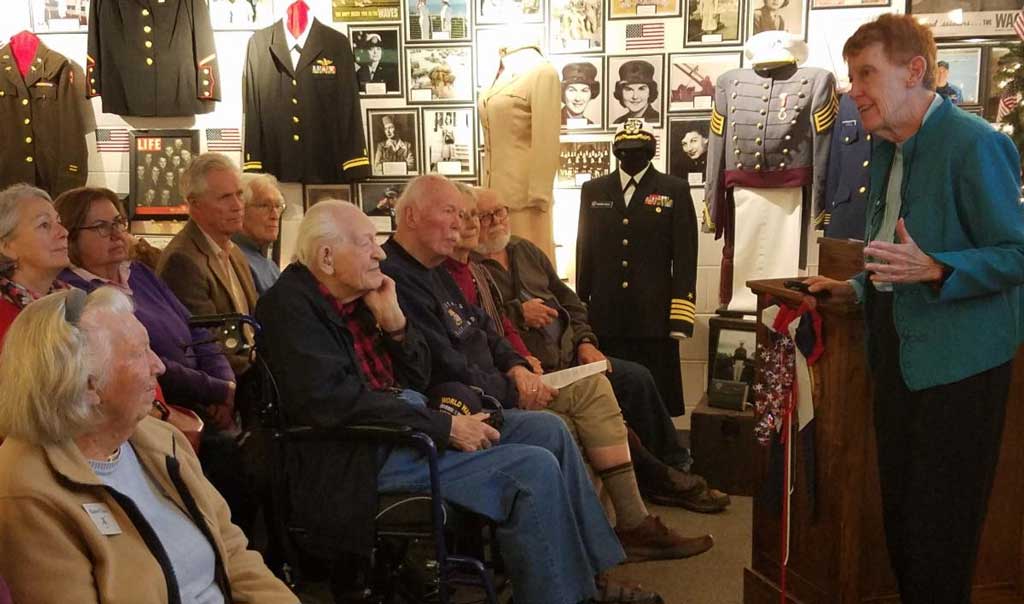 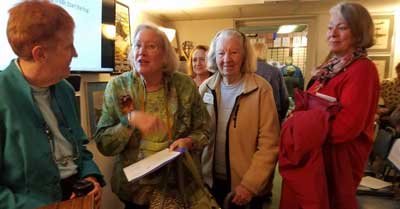 On November 7, Maureen Copelof, Captain, U.S. Navy (Ret.) told entertaining stories depicting the progress women have fought for and achievements made in the U.S. service branches, beginning with the Revolutionary War. Copelof shared amusing pictures, drawings, and stories about women who dressed as men, even pasting on beards and mustaches, to be able to serve in the 1700’s and 1800’s. The full-house audience learned how each of the five service branches began with “auxiliary”-type branches for women to serve, until finally incorporating women as full participants in pay, pensions, and, eventually, rank, in just recent decades.

Just one example of the interesting stories Copelof shared: U.S. Navy Admiral Grace Hopper (computer programmer) first coined the phrase “de-bugging” when she opened the door of an early (large) computer and a moth flew out. Hopper is also credited with the phrase, “I’d rather ask for forgiveness than permission,” and was posthumously awarded the Medal of Freedom.

Copelof’s program kicked off the museum’s special exhibit “Women in the Military”, which runs through Dec. 8. Copelof has generously donated her slide program to the museum, so visitors may request to view it at any time.

Additional November programs honoring women in the military will be (all at 2:00 pm):