“We Shall Come Home Victorious.” 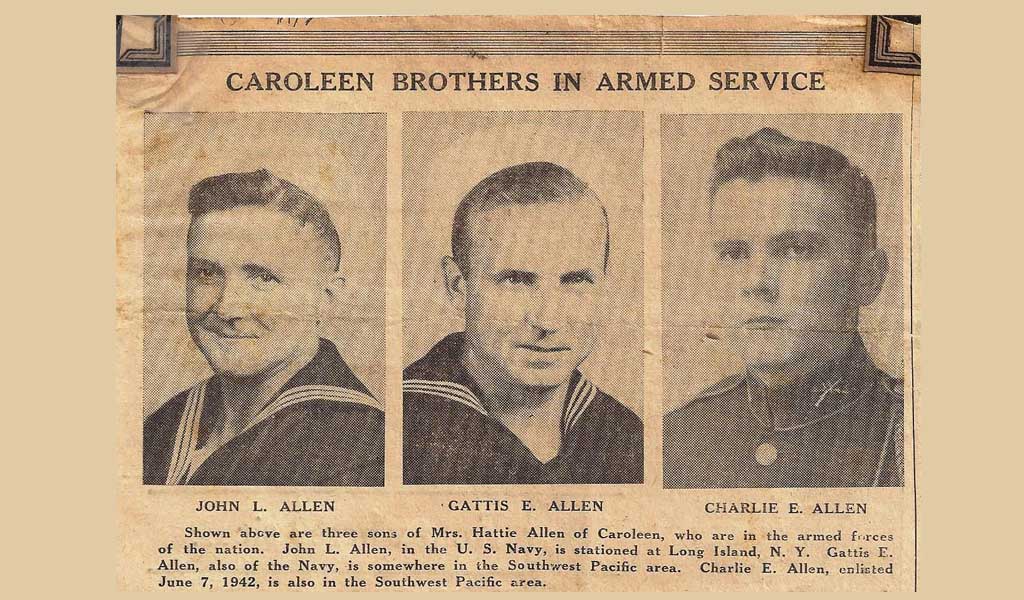 Like many of our fathers, my daddy never talked to me about his service in the Pacific in WWII, and I wasn’t smart enough to ask him. Fortunately, my mother, Pauline Allen, wrote down the few things she knew.

“There was a big rally in Charlotte on the day the Navy inducted hundreds of recruits. We went to see our boys off with hundreds of others and joined in the street party. They had speeches, music, food, dancing, and hotel rooms paid for by the Navy.

“Near the end of the war, G.E. was stationed in Norfolk. I went and stayed with him for over a year until he got out. Boy, it was a noisy time up there on V.E. Day and on the day Roosevelt died and on V.J. Day.

“All the stores and cafes and everything closed, but the churches rung their bells all day and kept their doors open for people to come in and pray.”

“After the attack on Pearl Harbor, G.E. Allen and his two brothers, Charles Allen and John Allen, joined the Navy on the same day. They went to training together but were separated when deployed. John Allen had three ships torpedoed and sunk underneath him. The third time, John and 21 other sailors got onto a raft. After 20 days, seven were still living. A Japanese submarine came up and tried to get the sailors to board, but all refused. The Japanese sailors tossed them some C-rations and bid them farewell.

The seven were rescued and John recovered after 30 days in a hospital in the Pocono Mountains in New York.

Pictured nerby: a record G.E. made in San Diego (in a booth much like photo booths) and sent to Pauline during the war. Part of his recorded message:

“Hello Pauline. . . I like this Navy more every day. Don’t worry a bit about me. We shall come home victorious. We’ll take care of ’em all right. God bless you and your sweet heart. And always remember me and I will remember you. So long, Sugar . . . Darling. I love you. I love you.” 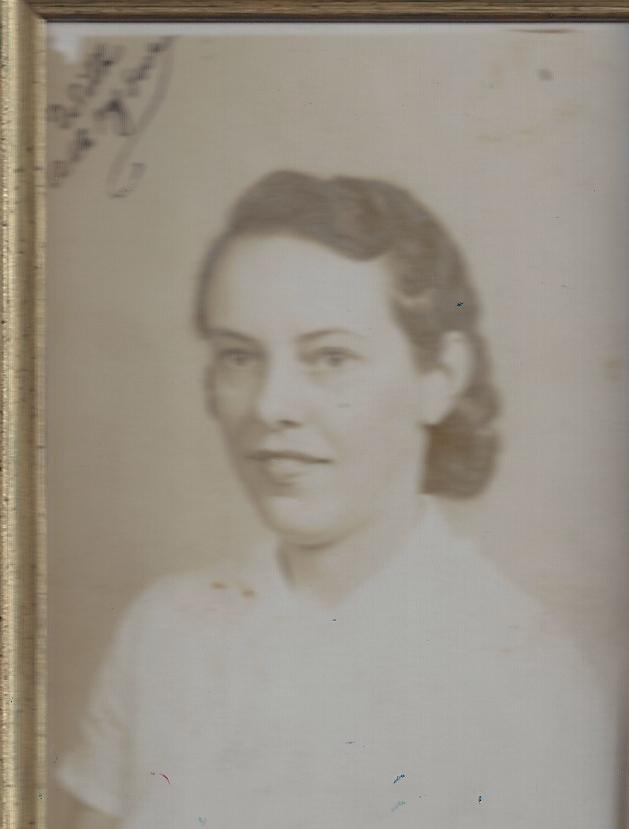 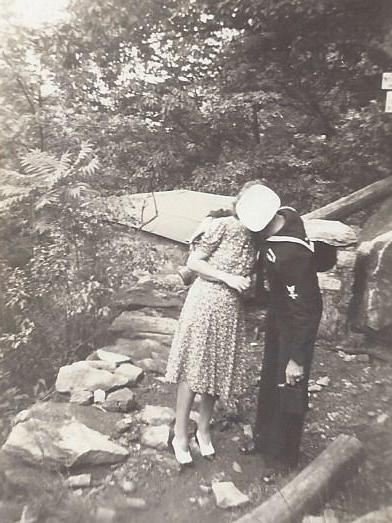 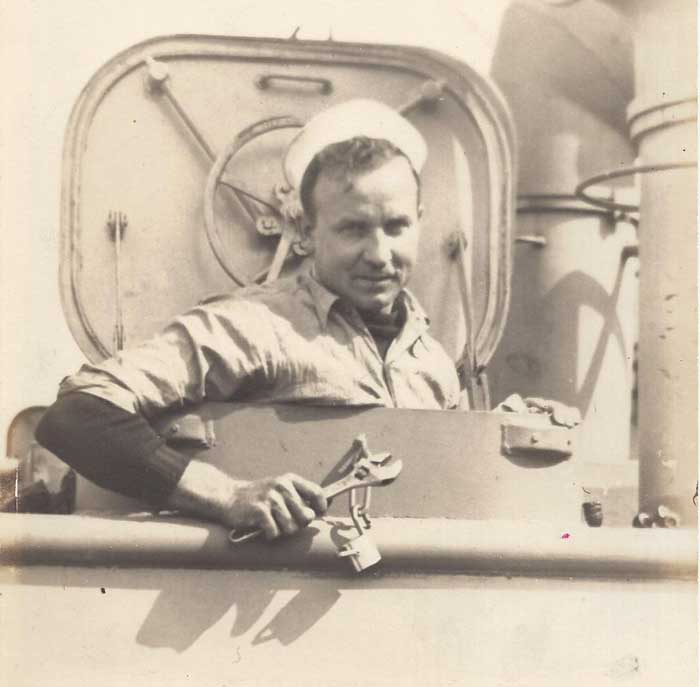