The Veterans History Museum of the Carolinas has the goals of honoring veterans, educating young and old, and preserving our proud history. Joni Pavlik, a museum volunteer, helps achieve these goals with her interview of a veteran and his story below.

Bill Hudson grew up in Atlanta, Georgia in a loving home in the 1940-50’s in an all-American modest neighborhood. Little did he know he would be serving his country in isolation.

In 1948 the United States Air Force Security Service (USAFSS) had been established. The country needed to keep a close eye on Russia. A base was placed in the middle of the desert near Peshawar, West Pakistan to spy on Russia’s Tyuratam Missile Testing Range. Bill Hudson, at 19 years of age, was headed to the desert to take a large part in the security of our nation during the Cold War.

Only those airmen who scored in the top half of 1% on the AF aptitude test were considered the “cream of the crop” and were culled from others for service in USAFSS. Bill Hudson was in that number. Bill told me he always did well on tests but he wasn’t sure this time it was a good thing.

Bill went to basic training school at Lackland AFB in San Antonio, Texas. A couple of weeks after he left for the base his Mother wrote asking him if he was in trouble because the FBI was in the neighborhood asking his school and neighbors about his character. The FBI was checking him out to be able to give him a top secret security clearance. Bill didn’t know what this was all about. His superiors did not mention any particular assignment for him. His next training base was at Kessler AFB in Biloxi. When training was complete, assignments to duty were posted, Bill Hudson was the only one headed to Peshawar.

The USAFSS was the cryptographic intelligence branch. There motto was “Freedom through Vigilance.” The USAFSS was a secretive, tight-knit branch of cold warriors tasked with monitoring, collecting and interpreting military voice and electronic signals’ from countries of interest. This intelligence was analyzed in the field, and the results transmitted to the National Security Agency for further analysis and distribution to other intelligence recipients. These jobs, which required top secret codeword clearance, were extremely high pressure and were considered essential to U.S. Cold War efforts.
Bill served in the middle of the Pakistan dessert for most of his 4 years in the Air Force not being able to discuss his work or location with anyone. His parents did not know where he was or what he was doing. Bill repeated to me several times, “We were not there.” His mission was highly secretive. No uniforms were worn. No military ID’s were carried. No base or airfield. No contact with the outside world except for letters that flowed through a New York PO box. He wrote to his Mother everyday telling her the same story day after day. He could say nothing; he was nowhere to be found; he never existed. Bill Hudson was a “Silent Warrior” who served in silence.

Bill felt like he was never going to get out of there. He witnessed suicide of other airmen who could not take the isolation. There were about 30 to 35 men at his location who served in intelligence gathering operations. No radios, newspaper or any form of communication with the outside world. No food was flown in. They ate food cooked by locals. Bill adds, “We never existed. We were hiding like rats in the deserts but that was the only way you could do your job.” When they had to fly to track activity or intercept Morse code they flew from the local airport in Peshawar where planes were kept in nearby Quonset buildings and guarded by Pakistani Army. This is the same location where Frances Gary Powers flew from the night his U-2 plane was shot down over Russia. If for any reason they were discovered these special service airmen knew what they must do to protect their country.

After serving in the USAFSS for 4 years Bill returned home in silence. He could not speak of his mission to anyone. He experienced daily suffering of emotional and mental scars that he endured while in isolation. He even had difficulty holding a job because he could not concentrate on anything. He sought the VA for help to no avail. It wasn’t until he met his “angel” that his life turned around.

Bill bought a red convertible and a guitar for his back seat. A friend asked him to double date so he could impress his girlfriend with Bill’s car. Bill agreed and that night when his blind date walked out of her home Bill knew he was being blessed by an angel. Bill said, “I met an angel that pushed out the torment in my mind. All I could do was think about her. Beverly saved my life.” Bill and Beverly have been happily married for 53 years and live in Transylvania.

All these years Bill had to carry a secret that he could never share with anyone not even his family. Only 3 years ago, thanks to Wikipedia, Bill discovered that the secret he carried for all these years was public knowledge. The government declassified the information but did not notify the “Silent Warriors.” Bill is finally free to talk about his life that he held in secret for so long. After 55 years, Bill recently found his roommate in Peshawar, who now lives in Tennessee. Bill Hudson will always be one of our country’s “Silent Warriors” but now he can speak freely of his life in isolation after all these years.
Bill recently received a “Quilt of Valor” at the Veterans History Museum of the Carolinas. Bill is so deserving of this honor.

To nominate a veteran for a Quilt of Valor, please visit www.qovf.org/. For more information about honoring our veterans and the work of the Veterans History Museum of the Carolinas, please visit the museum at 21 East Main Street in Brevard (open Wednesday – Saturday from 10:00 am to 4:00 pm and Sunday from 1:00 to 4:00 pm), or call 828-884-2141. Admission is free, and group tours can be customized for your group. You may purchase a Wall of Honor plaque to honor a veteran. 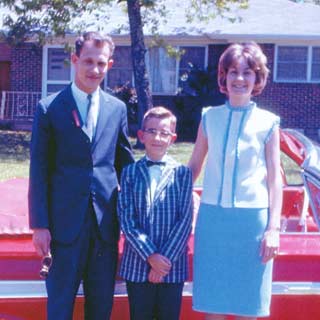