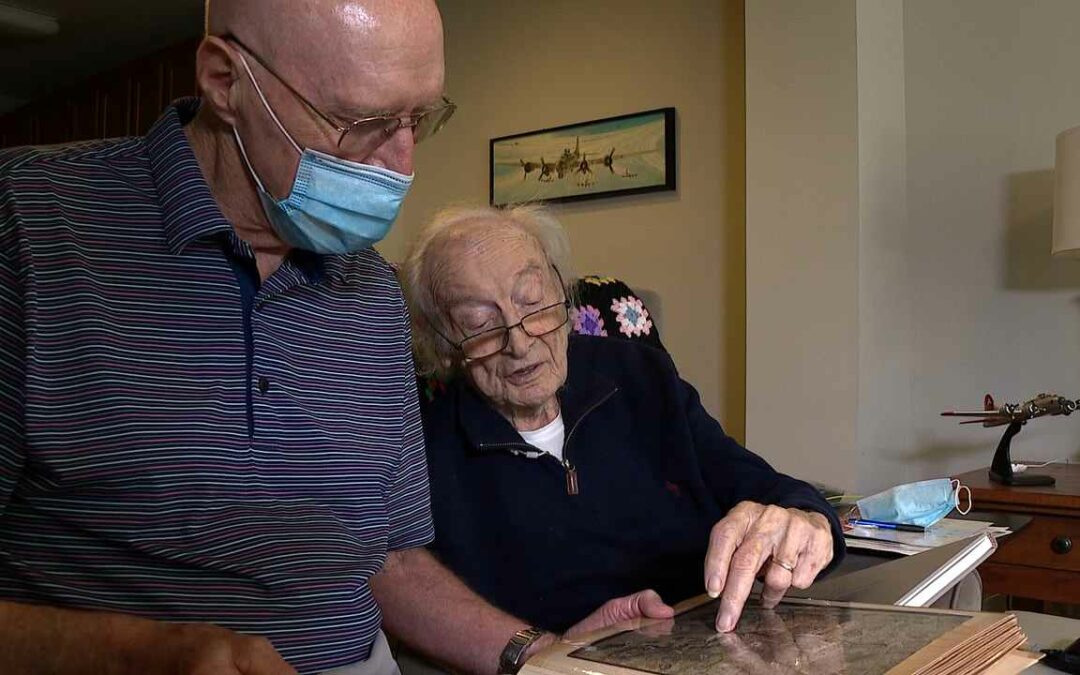 75 years ago, the world’s largest and deadliest war ended when the Empire of Japan surrendered to Allied Forces.   Most living veterans from WWII are in their 90’s now.  South Asheville resident Carl Jackson, a B-17 Flying Fortress pilot, is 97 and happy to talk about his contribution to the war effort so long ago.  Jackson recalls what it was like to share the airfield with the Royal Air Force of Great Britain. 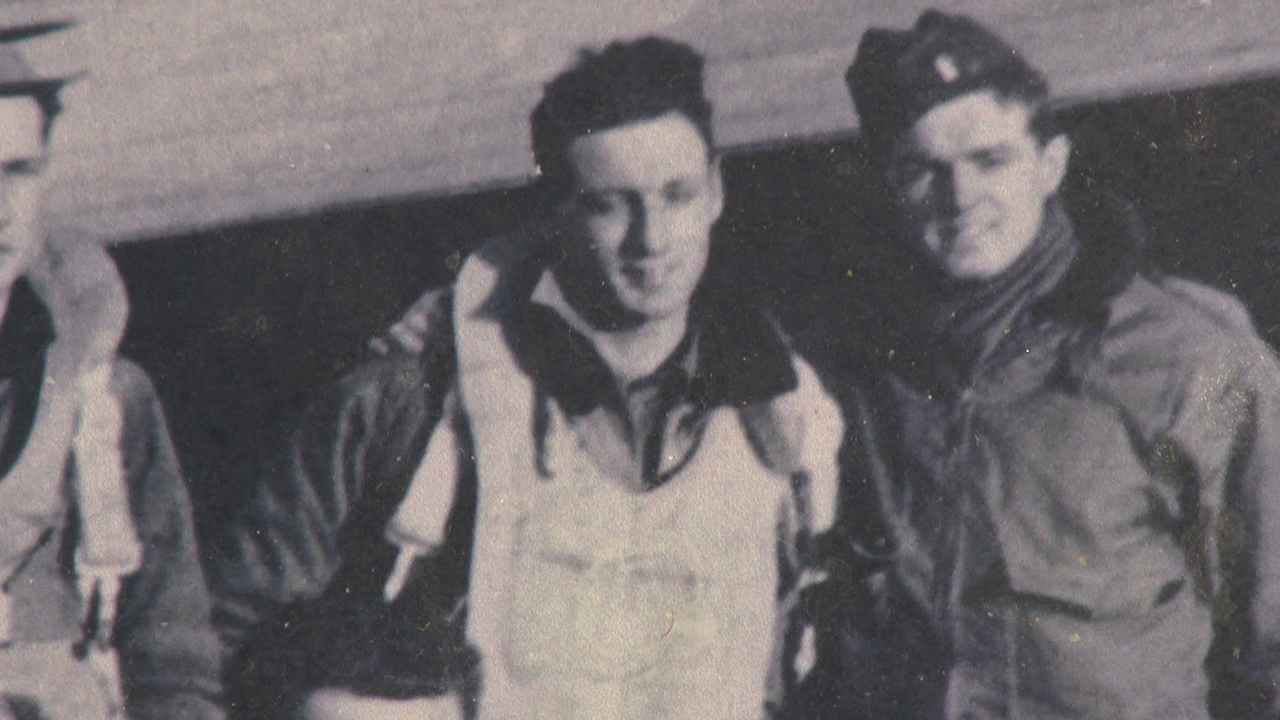 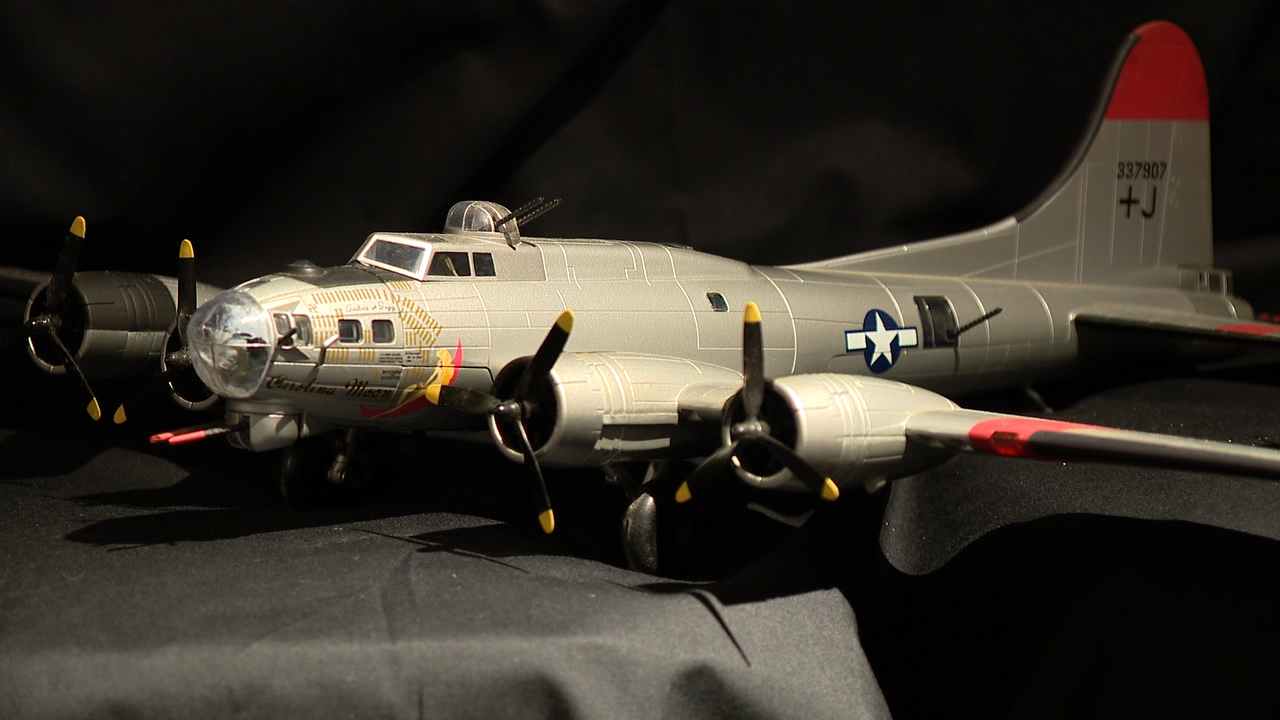 Jackson completed 31 bombing missions over German, Hungary, and Austria.  The Army Air Force awarded Jackson the Air Medal with two clusters for flying over 250 combat hours. Jackson also earned the Distinguished Flying Cross, a medal awarded for Heroism or extraordinary achievement while participating in an aerial flight.  He remembered the day he earned the Cross.

“I got a call from the tail gunner telling me that number two engine was on fire and the fire was coming over the tail. The elevator,” said Jackson.  “He didn’t have to say much more than that.”

Jackson says to put out the fire and keep the plane flying he had to leave the safety of the bomber group and slow the plane down.

“I left the formation, shut the engine down, feathered the prop,” said Jackson.  “I flew very close to the Alps and very slowly.”

Being a lone bomber flying at low altitude slowly made Jackson’s plane a sitting duck for enemy fighters.

“As I look up at the ALPS, they are above me… the Tuskegee. One above me, one below me.” 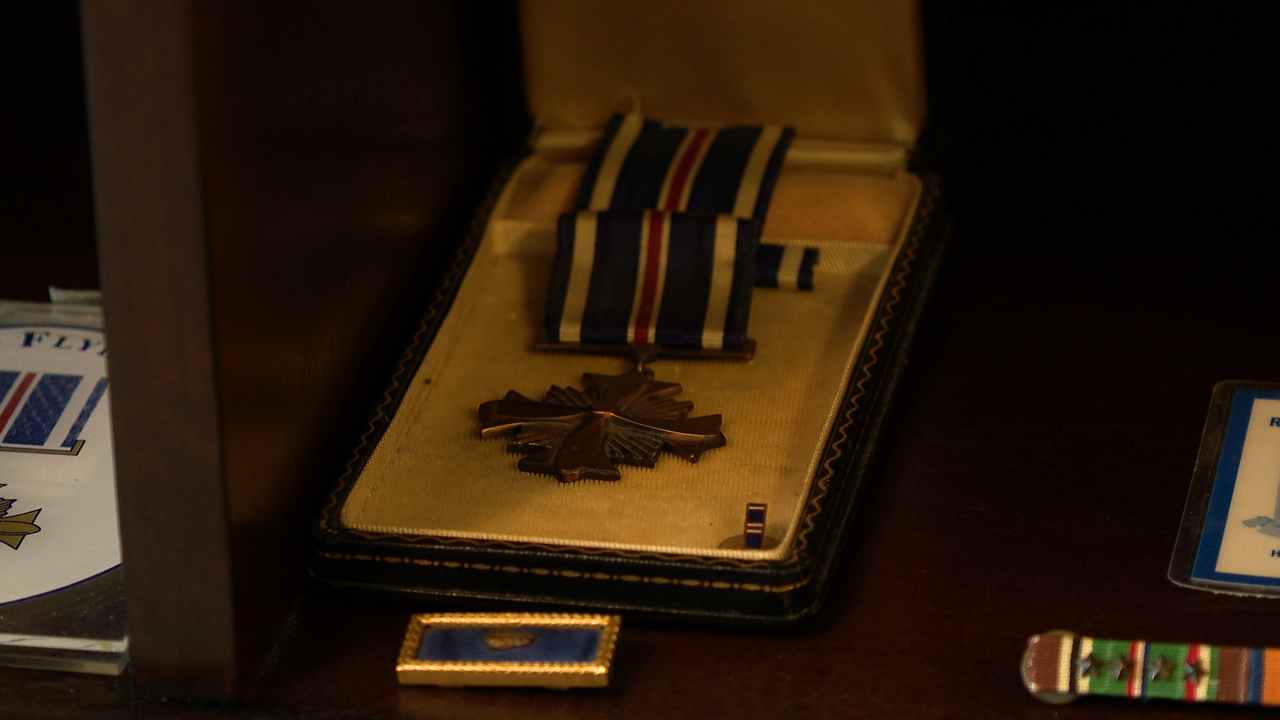 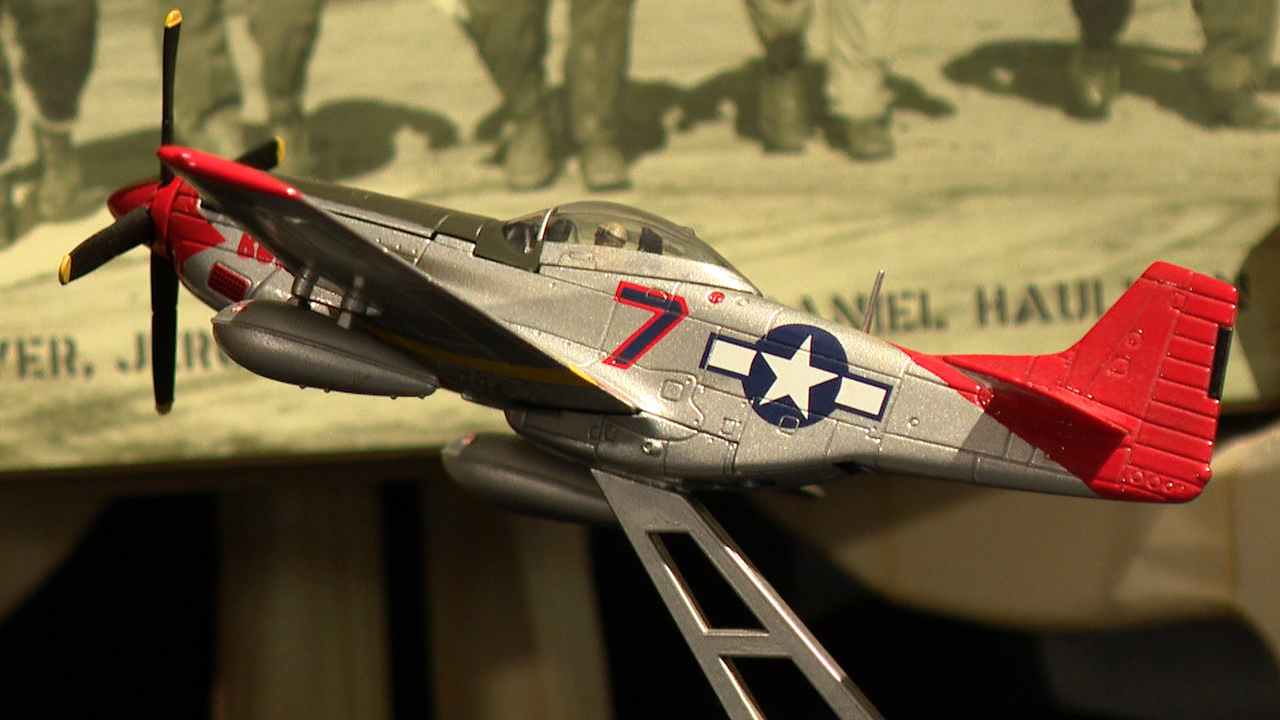 The Tuskegee Airmen were the first black pilots to serve in the US military.  They flew fighter planes that escorted bombers, like Jackson’s, to targets safely.

“They were there when you needed them,” said Jackson. “Unfortunately, they never got the credit they deserved.”

With the Tuskegee watching over him…

“They followed me very slowly until I got back to the Adriatic,” said Jackson

Jackson managed to get the fortress back to base saving all ten of his crew members and the plane. 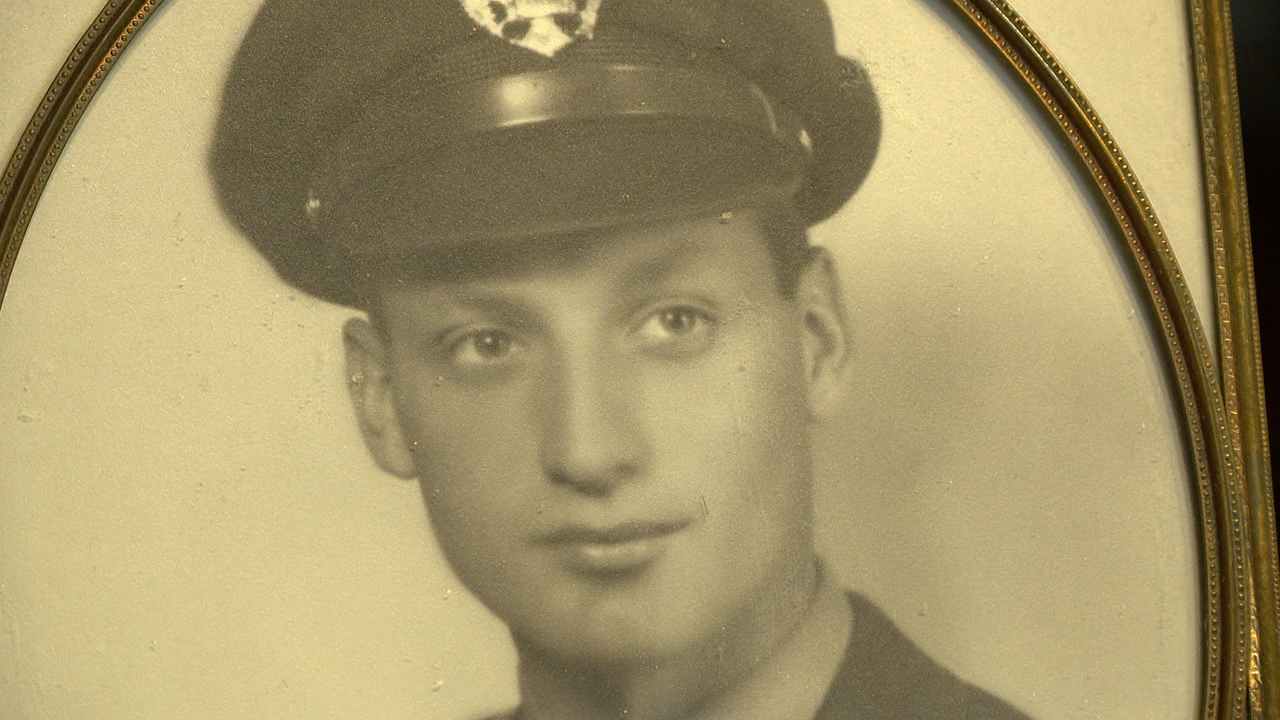 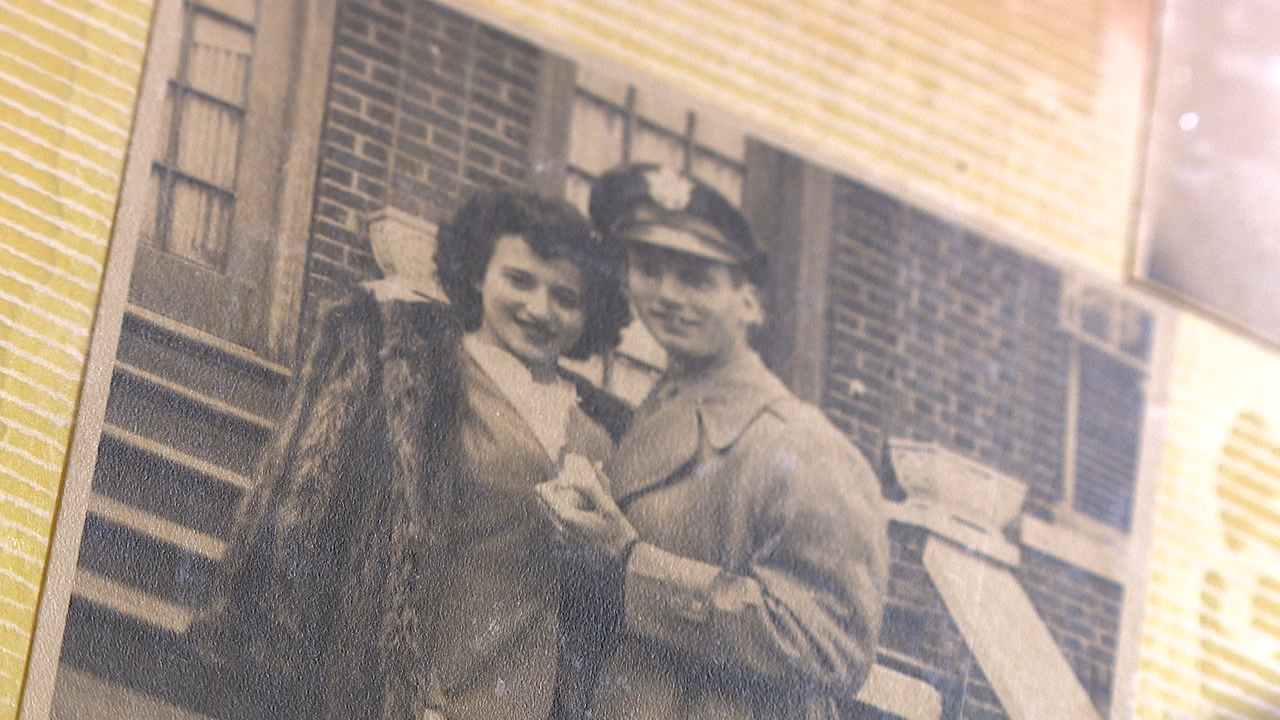 Back to Base, No Loss of Life

“Back to base on three engines,” said Jackson. “Which is really not a difficult thing.”

Jackson’s commanding officer must have thought differently than Jackson or he wouldn’t have recommended Jackson for the award.

Near the end of the war, Jackson got the opportunity to show the Tuskegee Airmen just how much he appreciated them protecting the bombers.  The Army Air Force Brass sent    Jackson and his Fortress to transport the Airmen to a new base.

“Flying back, I had the co-pilot get out of the seat,” said Jackson.  “One by one I let those guys fly the airplane.”

Flying a four engine B-17 must have been a treat for the Airmen.  They offered to put Jackson in one of their P-51 Mustangs.  Jackson says he passed on the offer because the Mustang was a single-seater and he wasn’t comfortable flying without another set of hands on the stick.

Jackson said he never lost a crew member during those 31 combat missions over enemy lines.  He credits the Tuskegee Airmen for that accomplishment more than he does his own skills.  Jackson flew his last combat mission on April 25th, 1945.  One month later, Germany surrendered and the war in Europe was over. 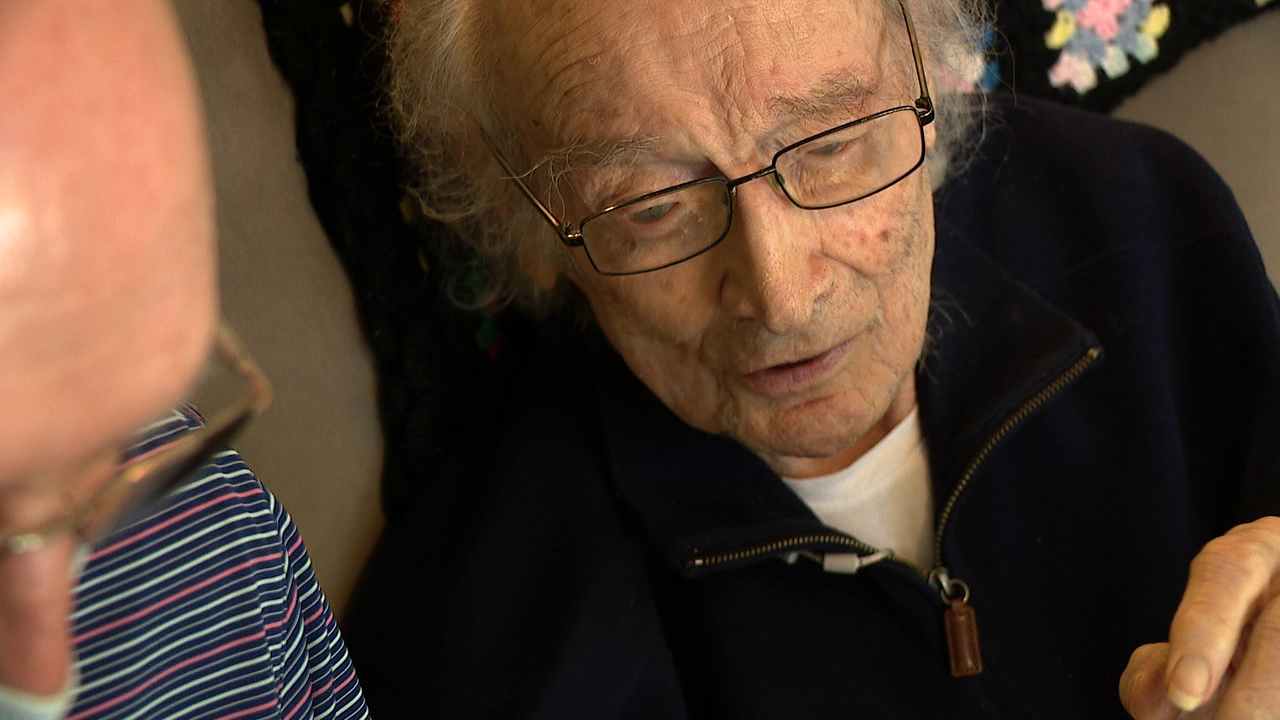