A View from the Tonkin Gulf – Reflections of Michael Kuhne, LT, USN.

A View from the Tonkin Gulf

How did I get to the Tonkin Gulf in Vietnam? My mom and dad served in the European Theater of WWII. My dad made patriotism a given. We felt a sacred commitment to defend our nation and the hopes of others around the world. I chose my path of service because of my trips to the Air Force Academy to see football games and hear concerts. But rather than the Air Force Academy, the Naval Academy gave me an appointment in 1966.

During my Navy tour in Vietnam, I never had to sleep in the rain or in a swamp or in a fox hole. My experience did not include walking on point down a jungle trail. Nor did I carry a bleeding buddy to a medivac helo. And I never had to look into the eyes of the enemy’s casualties.

At the academy, we constantly had Vietnam in the forefronts of our minds. We observed a tradition of silence in our mess hall and the ringing of the bell when we heard that another of our alumni had been killed in Vietnam.

We studied history and recognized the brutality of the dictatorships of Hitler, Stalin and Mao, and we believed our cause was noble and just. But not all concurred outside the walls of the Academy. I recall our Brigade of Midshipmen marching to the stadium for a football game on a Saturday. College students from a nearby campus would jeered and spit.

“So, what did you do in the war, daddy?”  I served on the USS Mahan, a guided missile frigate responsible for directing aircraft from carriers onto targets in North Vietnam. Our unit provided anti-aircraft protection to the task force and shore bombardment. The station was in the Gulf of Tonkin, north of Yankee Station, across from Hainan Island and close to Haiphong.

Our spooks performed a wide array of monitoring

A “spook shack” appeared on the fantail for a few weeks. Navy cryptologists and other spooky dudes manned this box and monitored enemy radio traffic. With the mining of Haiphong Harbor, Soviet ships attempted to bring armaments to the North Vietnamese Army (NVA). China supported the Ho Chi Minh regime, so our spooks performed a wide array of monitoring.

Unfortunately, we got little sleep since replenishment for fuel, food and ammo occurred every other night, in addition to 12-hour watches. Typically, we would average 2-4 hours’ sleep during these intense periods which came far too frequently.

The USS Worden relieved us as we went to Sattahip, Thailand for R&R, spending only one day in Bangkok before being recalled back to the ship. Missiles had hit the Worden resulting in deadly casualties. Now aware that North Vietnam torpedo boats or MIGS were actively attacking our ships, we took our station again.

Later the investigation revealed it to be a “friendly fire” situation where fighter escorts for B-52 bombers sent a missile to the origin of a radiating and locked-on radar, Worden being the source.

I was privileged to fly with a classmate as he flew the Big Mother, an armored search and rescue helo that packed a Gatling gun-type of weapon. Although for me this was a joy ride, he flew many heroic and harrowing missions into enemy territory.

One of my classmates, a fighter pilot, attended a briefing by the air wing. Amidst the bravado he always exhibited, he now showed a focus and seriousness that reflected this was not a joy ride. The numbers of POW’s, KIA’s and MIA’s from that naval aviation branch showed the seriousness of each mission.

Aboard the USS Mahan

In the Tonkin Gulf

The bell tower of a church in Quang Tri near the demilitarized zone still stood on a Sunday morning despite an endless line of ships firing upon that target. I witnessed every form of military power exerted on that piece of Vietnam. The armaments included B-52’s, F-4’s, A-4’s and A-6’s, attack helos and a hellacious bombardment from battleships and destroyers alike.

What were we all determined to destroy? I still don’t know. Perhaps that is the sad reality when destruction is so far off, one cannot see what harm one has done. Watching form the bridge of the USS Mahan, then armada across the Gulf that was reminiscent of those photos of the fleet during WWII, I was stunned. During our deployment, there were five carriers in the Gulf at the same time. We witnessed hundreds of airstrikes occurred on a daily basis. Seeing those aircraft take off and land on the carriers postage stamp deck was a sight to behold.

One black night, with all ships in a darkened condition, a split-second command to shift rudder averted a catastrophe of huge proportions. No matter which way I turned, the other vessel seemed to change course to continue this perilous outcome. By the grace of God, my last-minute command avoided a collision that could have caused numerous deaths.

Seeing the dark profile of that other vessel pass quickly across my bow, I realized how close we were to tragedy. I never had to notify family members of the ultimate sacrifice their loved one made. But on that dark night, I discovered that a 24-year-old LTJG is truly responsible for hundreds of lives.

These few thoughts come to my mind when I contemplate the uniqueness of the situation and circumstances of my time in the Gulf of Tonkin. They are not spectacular when compared to others’ stories – those who faced the rage and horrors of war. I thank those who did so much beyond what I did. I pray that the hauntings that some encounter will leave them. I know that “there but for the grace of God, go I.”

In 1973, after the U.S. departure from Vietnam, we hosted 27 Cambodian naval officers in San Diego. As part of the alliance with Lon Nol, this strategy-planning program benefited both groups; but I delighted in seeing their wonderment at Disneyland. Within a year after their return, we learned that the purges of Po Pot and his Khmer Rouge killed all of them. Brutal dictatorships persisted.

Having visited the battlefields where my grandfather and my dad fought, I revel in their heroism. Although I hear the accolades given to their generations, always followed by “we don’t have such anymore,” I protest. For during my brief time in the military, I saw in my shipmates a dedication to service. It was a unique focus and brotherhood. I also felt blessed to witness the heroism of those who flew the rescue missions, the special forces who took on dangerous challenges and those who survived the horrors of the jungle.

Hearing the emotional reflections by men who were at Khe Sanh, the Mekong River and dozens of other hell-holes makes me realize that the blood of my father and grandfather, and all those dads of my youth, does flow in the veins of these amazing warriors and will continue as our country requires. And to my mom, an Army nurse in the European theater, I salute you, for many more brave women now follow and stand in the forefront of those who willingly accept that their sacrifice could be ultimate. 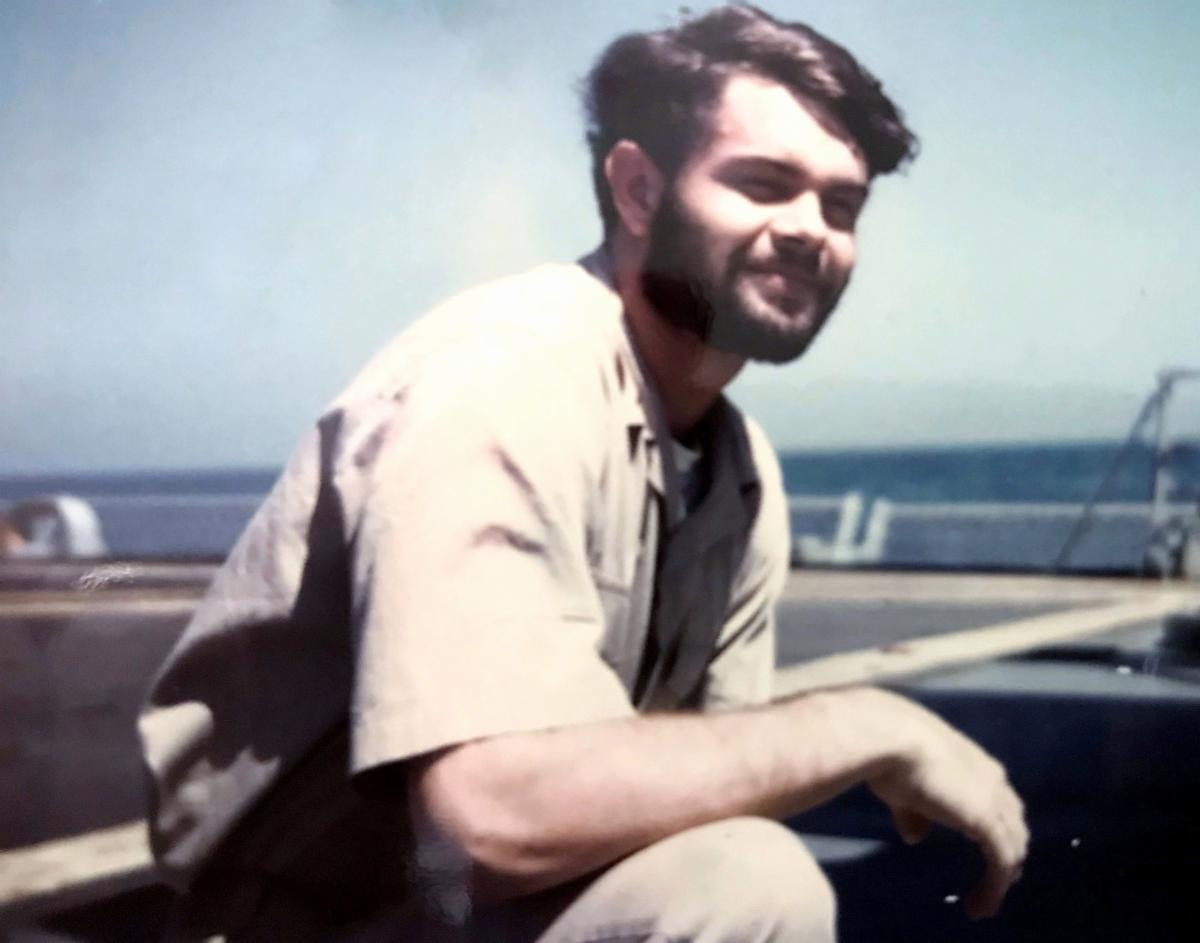