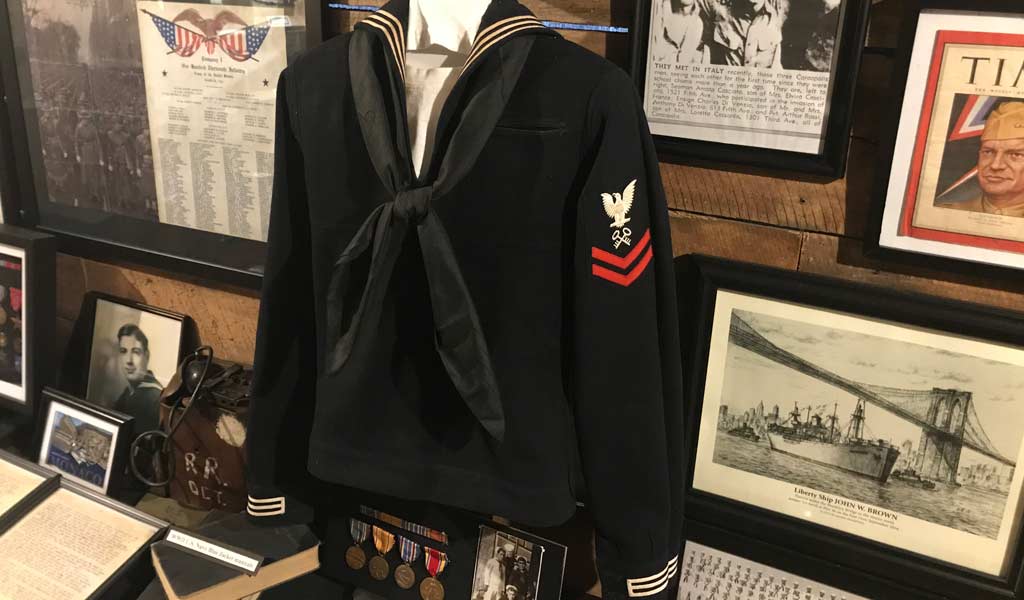 Honoring veterans, educating the public, and preserving historical artifacts are the reasons why Emmett Casciato founded the Veterans History Museum of the Carolinas four years ago.

These three principles from the museum’s mission statement caught the attention of the North Carolina Humanities Council recently.  The Council awarded Casciato a NC Cares: relief grant of $10,000 to assist the museum while its doors are closed to the public during the pandemic.

The volunteers at the museum continue to honor veterans buy recording and posting their stories to the museum’s webpage and social media pages.

Recently, Casciato’s sister, Judy Casciato Shazer came to visit the museum and see her father’s exhibit for the first time.

“The memories are here from every bodies family to come in and see the different generations,” Shazer said as she gestured toward the walls lined with black and white photographs of men and women in uniform. “To actually come in and see it, and the way everything was set up, I’m impressed. Very impressed.”

Shazer’s brother, Emmett Casciato, founded the Veterans History Museum of the Carolinas to honor and preserve, not just his father’s memory, but the memory of all veterans.

“He looks like my father. He acts like my dad,” Shazer said looking at Emmett. “If you want to know my father, just look at Emmett.”

Shazer’s father, Amato D. Casciato, dropped out of high school to join the Navy when the war started. 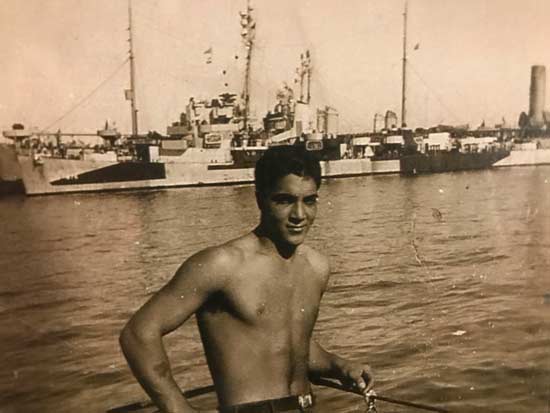 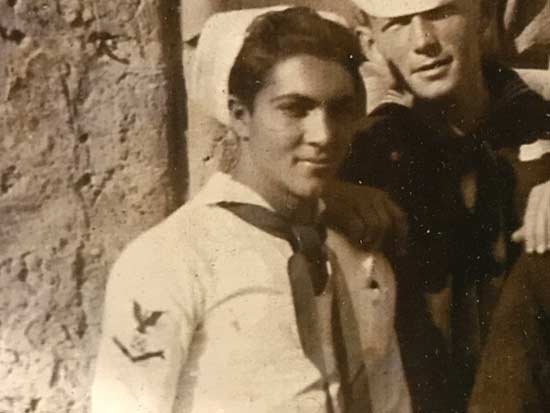 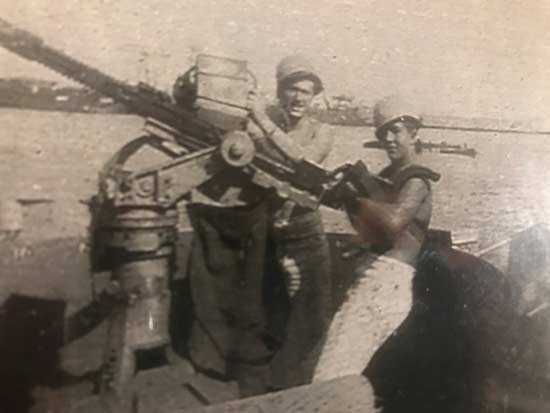 “He was a 20 mm anti-aircraft gunner on the bow of the ship,” said Emmett Casciato pointing to a photograph of a young man sitting on a very large gun.

“He said he felt so bad,” Casciato said remembering a story his father told him about World War II.  “He said these poor men were puking and urinating on themselves. He said ‘I will never forget that smell.’”

“As a kid, I’d ask him, I said, ‘Dad did you ever shoot any planes down?’ He said, ‘this is how it went.’ He said, ‘I had a bucket around my neck, the seas were high, I’m puking my guts out, I’m pulling the trigger and they are wheeling me around.’ He said, ‘there were so many tracers in the sky that you didn’t know who’s was who’s.’ He said, ‘I just fired away.’ He said, ‘I probably hit nothing but I was just firing away.’”

Casciato survived Europe, so the Navy sent him to the Pacific for the rest of the war.

“Emmett called and said, ‘Judy, do you have any pictures of daddy?’” Shazer said remembering when her brother decided to open a military history museum. “And I did.”

Amato’s medals, uniform, and 20 mm anti-aircraft magazine with shell are among many artifacts in the World War II exhibit designed by Emmett Casciato at the museum in Brevard.

“I’m so happy I sent the pictures and Em blew them up and framed them,” Shazer said.  “It’s just nice that my father’s memories are going to get to go on. If they are hanging here, they will always go on.”

So many stories to tell, and every story is important to tell according to Casciato.

“A country who forgets its defenders, in itself will be forgotten,” said Casciato.  “So we have to constantly remind people of the sacrifices, the courage, and what they did.”

Like the courage of the Casciato family to create a place for all to be remembered.

“It makes me feel proud of my brother, and my father, and everybody in the military,” Shazer said.

All pictures for slideshow are courtesy of Judy Casciato Shazer.