Young Ray Pavlik had not heard of Vietnam when he graduated from high school in 1964 and enlisted in the Navy. “I wanted to get as far away from Cleveland as I could.” His proficiency in mechanics led him to school in Memphis, and then to Miramar CA. 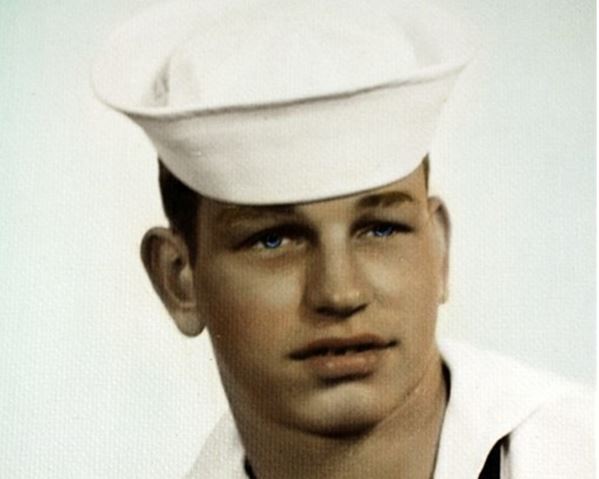 Aboard a Floating City

In January 1965, Ray was assigned to the Black Lions V-F213 squadron, a unit of 112 men, including pilots, who flew and maintained twelve Phantom F-4 jet fighters capable of going anywhere at any time. Their main station was in the Gulf of Tonkin aboard the USS Kitty Hawk, playing a significant role in the Vietnam War conducting combat missions.

On the flight deck, amidst the roar of the jet engines during continuous launches and recoveries, what might have appeared to be chaos and confusion were precisely organized operations.  Continuous momentum on deck required constant vigilance, and lives depended on accuracy and teamwork. Around the clock, large numbers of diversified specialists and technicians worked tirelessly to execute safe and effective launch, recovery and maintenance operations.

Different color shirts worn by crew members defined their responsibilities. Yellow shirts, plane handling specialists, assigned each aircraft a position on deck, conveying instructions to the pilots and directing the tractors that moved the planes. Red shirts, ordnance crews, loaded bombs onto the aircraft. Purple shirts fueled the planes with giant black hoses. And brown shirts, known as plane captains, remained on the plane, assuring that it was ready to fly at any given moment, and that every moving part in every plane was checked and double-checked. Ray was a brown shirt, or plane captain.

“Two brown shirts were assigned to every plane. Unless the plane was flying, one of the two was always in attendance, and sometimes both. We worked twelve to twenty-four hours on the plane.” Before each launch, tractors moved planes to their assigned positions. Ray stayed in the plane to apply the brakes until it was chained down, then continually checked the gauges, resupplied oxygen, and assured there was no damage to the fuselage. As planes took off and landed, yellow shirts repositioned them for the next launch. Every time a plane catapulted into the sky, those remaining on deck would be repositioned, moving forward toward the catapult.

“We fastened each plane down with up to fifteen chains because the ship never stopped rolling. When the pilot came on deck, I’d strap him in, connect the power and hose to crank the two engines and take him through his test. Then I’d unchain my plane, throw everything in a bag and walk to the side. Sometimes it was tough getting across the deck when all the planes were moving into position to launch. Often, they were less than a foot apart, with wings up.”

“Everybody Had His Job”

During the Tet Offensive, the Kittyhawk spent more than sixty days offshore. “It was the heaviest bombardment we experienced. Every available plane was launched. There were 120 planes and sixty would take off at a time. They went out, dropped their bombs and returned.” Night and day, planes moved through an intricate routine of positioning, launching, dropping their bombs, recovery and preparing for the next launch. “In a crew of 5,000, everybody had his job. Everybody knew what he had to do to make this thing go. That’s what was so amazing.

“On one occasion, I had unchained my plane and was walking across the deck, jets moving all around me. I ducked underneath a plane to get to the other side. Just then, the yellow shirt started moving the plane. I was behind the two jet engines at that time. I hit the deck and threw down my bag of chains to hold on to and hide behind. They’re quite heavy. The initial gust of power off the two jet engines rolled me toward the A1’s on the fantail. I was able to get away quickly as the jet moved beyond me.” 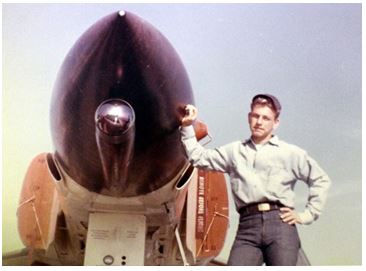 In hostile waters, two jet fighters were armed and ready to launch around the clock. “One night I sat with our pilot and RIO, shooting the breeze. During the night, they were called but they didn’t return. Their plane had exploded. It was very disheartening. On my three tours with the Kitty Hawk, pilots and radar operators sustained the most casualties.”

The USS Kittyhawk was given the Navy Unit Commendation for exceptionally meritorious service of her crew during her Vietnam deployment.

Today Ray (at right) is a member of the VFW, American Legion, and the Vietnam Vets Motorcycle Club, and a valued volunteer at the Veterans History Museum.